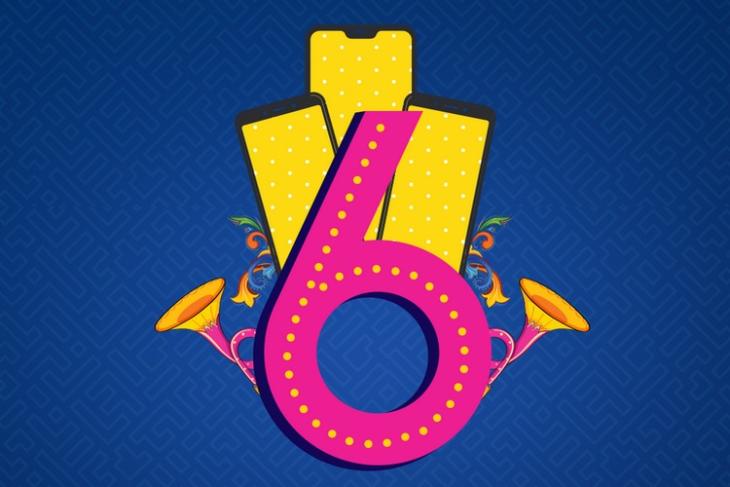 Hot off the heels of launching the Poco F1, which has already received a great response and performed like a bona fide flagship in our intensive review, Xiaomi is gearing up to bring more smartphones to India. We have just received a press invite from the company for a smartphone launch event on September 5th, 2018. 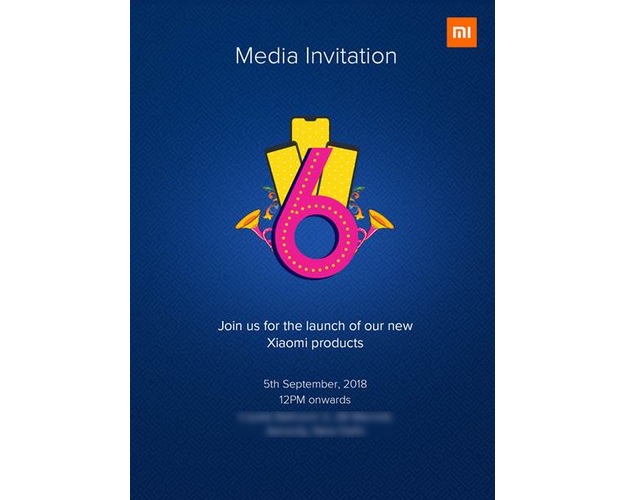 While Xiaomi has not revealed any details regarding the smartphone(s) that will be launched the event, the prominent ‘6’ insignia and the silhouette of three smartphones suggest that the company might announce three devices in the Redmi 6 series that were recently unveiled in China.

Mi fans! We've got more than one for you! Coming very soon 😇

“Mi fans! We’ve got more than one for you! Coming very soon”, teased Xiaomi’s Global VP and MD of XiaomiIndia, Manu Kumar Jain, clearly indicating that the company will launch more than one smartphone at the event. Also, the hashtag ‘DeshKeNayeSmartphones’, leaves little to no doubt that the upcoming devices will fall in the Redmi line-up, because a similar slogan has been used in the past by Xiaomi to market the Redmi series in India.

Coming to the smartphones, Xiaomi is expected to launch the Redmi 6, Redmi 6A and the Redmi 6 Pro, all three of which were launched in China back in June.

The Redmi 6 features a 5.45-inch HD+ display and is powered by the MediaTek Helio P22 SoC coupled with up to 4GB of RAM, 64GB of internal storage. In terms of cameras, the Redmi 6 offers a 12MP+5MP dual-camera setup at the back which comes with some innovative AI-backed features, while a 3,000mAh battery is there to keep the lights on.

The Redmi 6A also features a 5.45-inch HD+ display and is powered by the MediaTek Helio A11 SoC, that is paired with 2GB of RAM and 16GB of internal storage. In the imaging department, the device offers a 13MP sensor at the rear and a 5MP snapper on the front, and has a 3,000mAh battery.

The Redmi 6 Pro packs a 5.84-inch Full HD+ display with a notch and has the octa-core Qualcomm Snapdragon 625 SoC under the hood, paired with up to 4GB of RAM and 64GB of internal storage. The device comes equipped with a dual rear camera setup with a 12MP primary sensor featuring 1.25-micron size pixels and f/2.2 aperture, and a secondary 5MP sensor, while the front camera is also a 5MP unit. Features such as AI Portrait and AI Face Unlock are onboard, while a massive 4,000mAh battery keeps the device on.