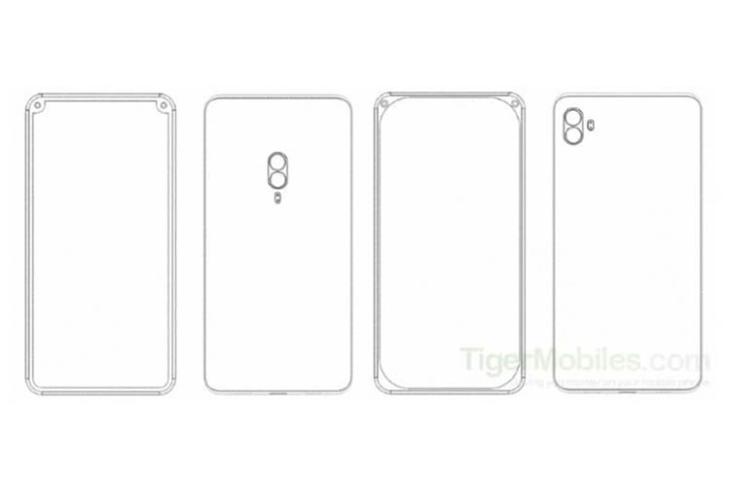 2019 is nothing if not a year of smartphone companies trying new ways to bring a completely bezel-less experience to users. The trend that was kickstarted with the notch (getting tinier and tinier), and was carried forward with pop-up cameras, punch-hole cameras, and even cameras that flipped over from the rear (Asus 6Z, I’m looking at you) has seen quite a lot of development this year. Earlier this year, Oppo showed off a prototype smartphone with the camera hidden under the display, and now, a new patent filing has cropped up showing a selfie camera stuffed into the corner bezel of the smartphone.

The patent, filed by Xiaomi, shows off multiple designs for what Xiaomi might be considering as a way to bring bezel-less devices that also don’t have a notch or a pop-up camera, or anything of the sort.

While some of these designs look, sort of okay, others look downright weird. There’s one that basically puts a weird notch on both corners of the display, and another that looks like the device will end up having ears. Those are not the kind of devices we’d like to see. Still, it’s good to see companies thinking of new ways to let users take selfies while offering an immersive experience that’s not marred by a notch of a punch-hole.

Personally, I still feel that the under-display camera technology is the way to go, but there’s definitely quite some time before it gets refined enough to be acceptable on a smartphone, and even then, it’ll likely be an expensive technology that only makes its way into flagships. Keeping that in mind, yeah, Xiaomi’s ideas in this patent do look like the way to go for budget smartphones to also offer bezel-less screens without increasing the cost by a lot.

It goes without saying that these are simply patent filings, and they don’t mean the company will bring a product like this to market, or that it’s actually even prototyping anything of the sort. So until we get some solid information that Xiaomi is testing these devices, this is basically just an exercise in what the future of smartphones could be like, and unless it’s those ears and double-notches thing, it might well be a decent future. Let’s wait and see.