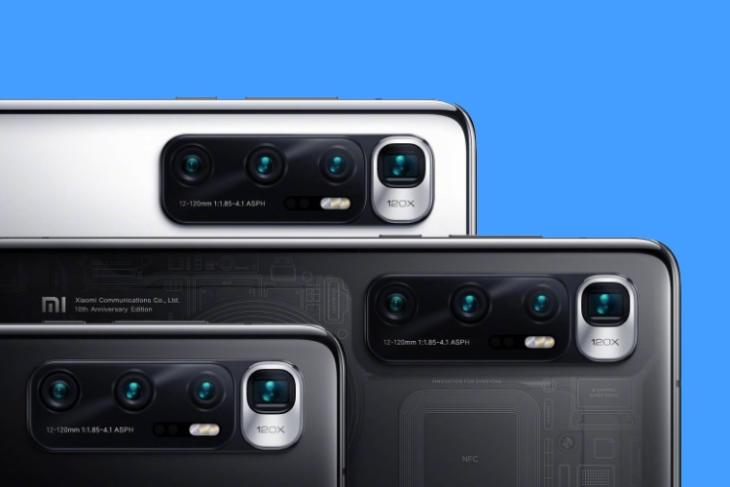 At its 10th Anniversary event, Xiaomi unveiled the much-awaited Mi 10 Ultra (which was formerly rumored to be the Mi 10 Pro+) flagship smartphone in China today. It’s the latest addition to the Mi 10 series that was introduced earlier this year. The Mi 10 Ultra brings some meaningful upgrades to an already premium experience. It boasts the Snapdragon 865+ chipset, 120x digital zoom, and 120W super-fast charging.

Mi 10 Ultra iterates on the design of the existing Mi 10 Pro flagship. You now have a ceramic back panel and huge vertical module, with the front looking pretty much the same. It sports a 6.67-inch Full-HD+ AMOLED display with a 120Hz refresh rate and 240Hz touch response rate. This is an upgrade over the 90Hz panel aboard the Mi 10 Pro. 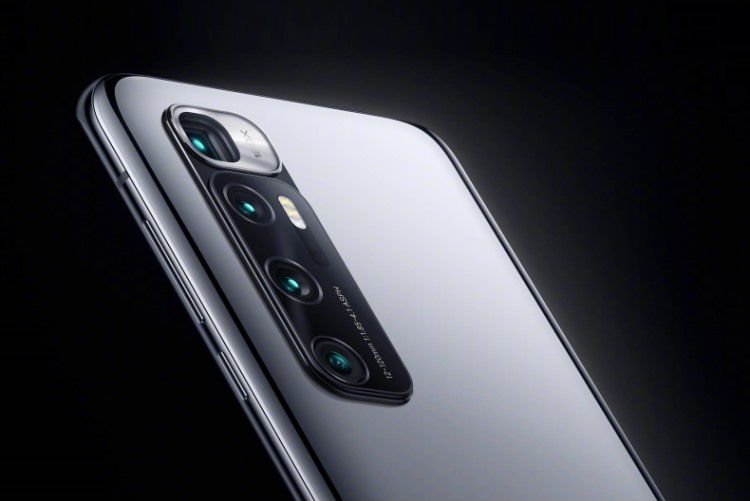 The display panel also boasts a 2340 x 1080-pixel resolution, HDR10+ certification, Delta E <1, JNCD < 0.63, and a punch-hole cut-out the top left if you haven’t already noticed. There’s a 20MP selfie camera baked into the punch-hole. You will also find an in-display fingerprint sensor onboard.

Under the hood, the Mi 10 Ultra is powered by the Snapdragon 865 chipset instead of the overclocked 865 Plus variant that’s found aboard the recently launched Note 20 series. You will also have up to 16GB LPDDR5 RAM and up to 512GB UFS 3.1 storage. There’s also a VC cooling system onboard. The device runs Android 10-based MIUI 12 (read about all of its cool new features right here) out-of-the-box. 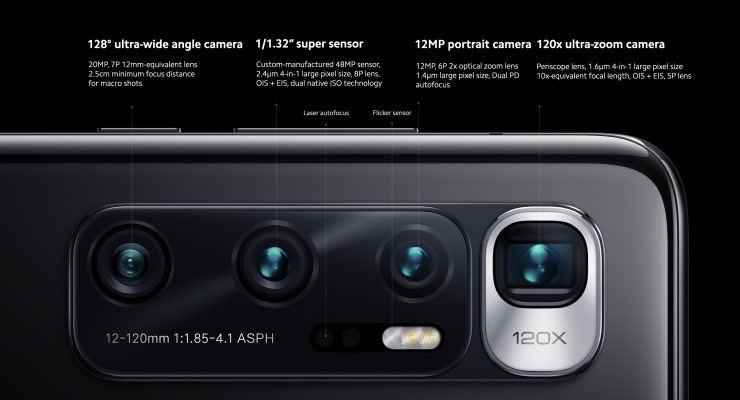 Coming to one of the key highlights of the Mi 10 Ultra – the cameras. You get a beefy quad-camera system on the rear here. There’s a 48MP primary sensor with OIS and EIS support, a 20MP ultra-wide camera with a 128-degree FOV (also used for macro photos), a 12MP telephoto camera with 2x optical zoom for portraits, and a periscope lens with OIS and 120x digital zoom support.

If you are a stickler for benchmarks and numbers, then Mi 10 Ultra snatches the top spot from Huawei P40 Pro by scoring 130 points in DxoMark’s camera test. You can check out the same right here.

Another standout feature of the Mi 10 Ultra is the super-fast charging speed. Beating iQOO to the punch, who is set to unveil its iQOO 5 series with the 120W FlashCharge tech next week, Xiaomi offers the same charging speeds with this smartphone. Yeah, Mi 10 Ultra supports 120W fast-charging speeds. It can juice up the huge 4,500mAh battery aboard this phone from 0% to 100% in around 23 minutes. 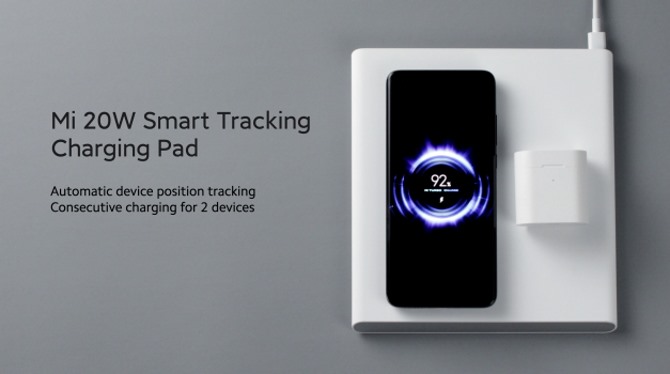 Xiaomi also unveiled a 99 yuan car charger than can charge the Mi 10 Ultra at 100W. This accessory can fill up 100% of the battery in about 30 minutes. However, the one that caught my attention was the smart tracking charging pad. The name is true to its functionality as the charger can detect where you’ve placed the device, track it, and start charging.

Mi 10 Ultra will be available in four configurations and has been priced starting at 5,299 yuan in China. We have attached the price details for all of the variants right here:

This smartphone will be available in three color variants, namely black, silver, and the fan-favorite transparent edition. It will go on sale starting from 16th August in China. There’s currently no word on whether Xiaomi plans to take its 10th Anniversary phone to global markets or not.