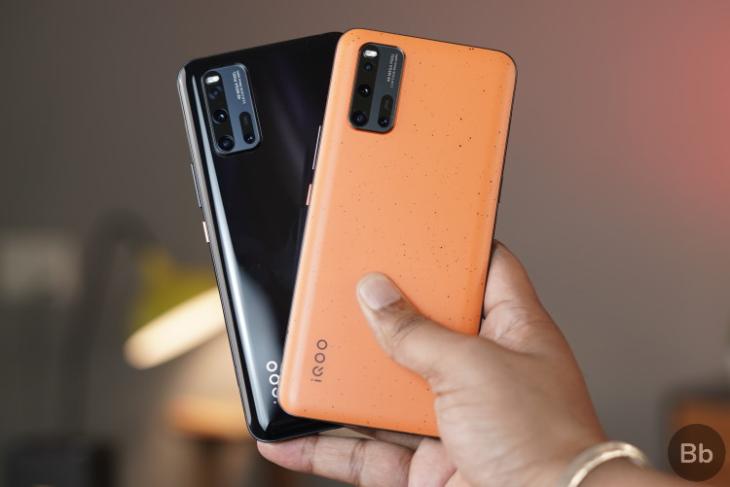 iQOO showed off its super-fast 120W FlashCharge technology in China earlier in July, with a promise that we will see it in a commercial phone really soon. Rumors recently suggested that an August launch is in the books and iQOO has officially confirmed the launch date today.

In an official Weibo post, the company announced that the iQOO 5 series with 120W FlashCharge technology will launch on 17th August in China. While the teaser poster on the right explicitly mentions the 120W fast-charging speed, one of the left includes reference to the charging time as well.

If you look closely at the Q in the left poster, you will see the text ‘120W’ and ’15 mins’ written inside it. This refers to the capability of this new charging technology, which can fully charge a 4,000mAh battery in just 15 minutes. What’s even better is that the said charging technology can juice up 50% of the battery in merely 5 minutes. 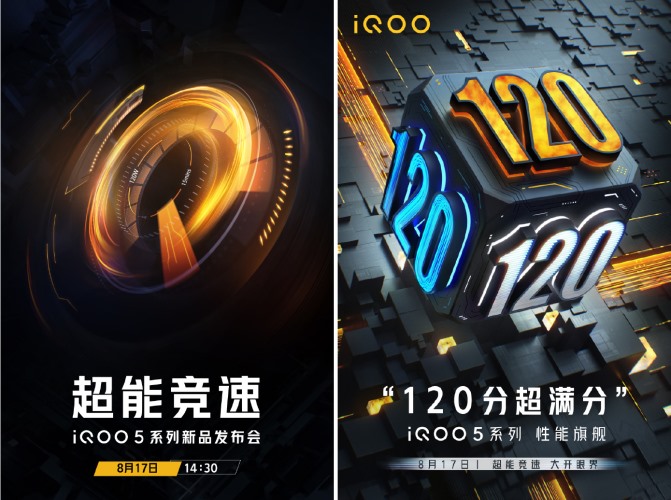 This means the iQOO 5 would most likely be the world’s first smartphone with 120W fast-charging in tow. The company has already teased that it will be backed by the Snapdragon 865 chipset. But, it is currently unknown whether the device will be compatible with Quick Charge 5 or not.

If you aren’t aware, Qualcomm recently unveiled Quick Charge 5, which touts 100W+ charging speeds, and the Snapdragon 865 is one of the first chipsets to support it. We do not know much else about the upcoming iQOO 5 series. It will probably include an AMOLED display with a high refresh rate (at least 120Hz) and curved edges, multiple cameras, a single punch-hole selfie camera, and more premium flagship specs.

The company recently showed off the insane charging capability of its iQOO 5 flagship phone at ChinaJoy, giving us a sneak peek at what the device might look like – 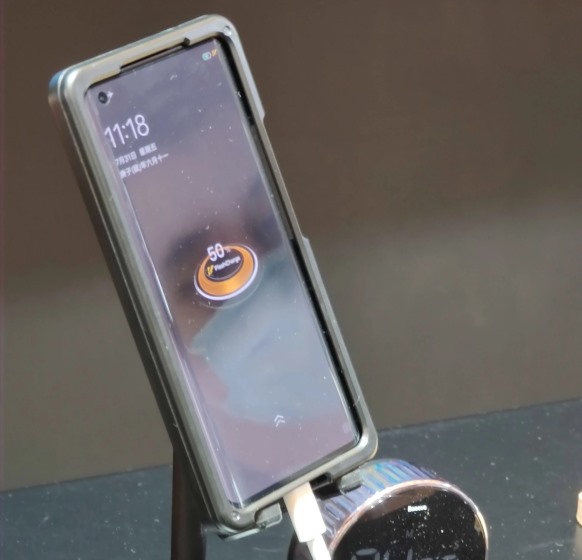 The company will share more details on iQOO 5 in the days leading up to the launch. But, we already know one thing – the phone will include an upgraded thermal system to keep the temperature in check. You will have a better superconducting VC liquid cooling heat dissipation system, along with more graphite films, inside the iQOO 5.