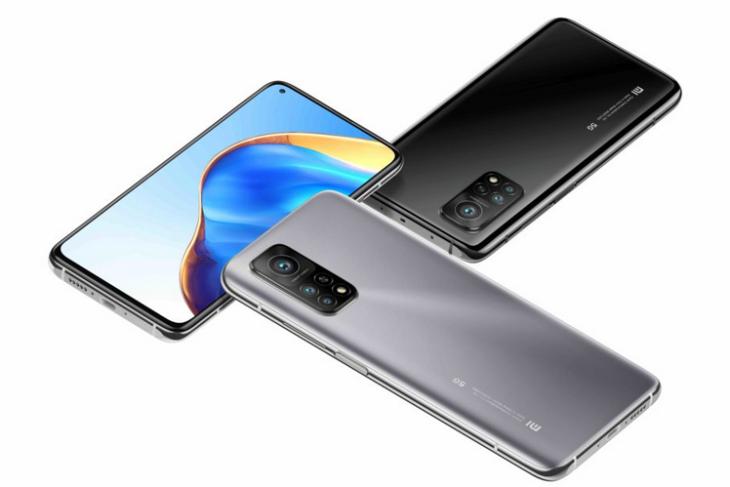 In an official tweet, Manu Kumar Jain revealed that the Mi 10T series will launch on 15th October in India. He further added that the Mi 10T and Mi 10T Pro will be “coming to India in just 10 days”. This means the expected OnePlus Nord competitor, Mi 10T Lite, will be a no show. We, however, expect it to soon be rebranded as a Poco smartphone and be launched as early as late October or early November.

Mi Fans want us to launch #Mi10TSeries ASAP. Your wish is our command.

I'm excited for this awesome flagship phone. RT if you're too.😍🔁

The company has set up a dedicated microsite, talking about the key features of the Mi 10T and Mi 10T Pro. It includes a 144Hz IPS display, AdaptiveSync technology, and up to 108MP cameras. Also, the Mi 10T series will be exclusive to Flipkart and goes on sale during the Big Billion Days sale, which kicks off 16th October.

Xiaomi has confirmed that only the Mi 10T and Mi 10T Pro will be launching in India next week. Both of these phones feature a tall 6.67-inch Full HD+ TrueColor IPS display with a 144Hz refresh rate – a major jump over the 90Hz panel aboard the original Mi 10 series. The display also boasts a 20:9 aspect ratio, 2340 × 1080 pixels resolution, and a punch-hole cutout, housing a 20MP selfie camera, at the top left.

Mi 10T and 10T Pro include a side-mounted fingerprint sensor as opposed to an under-display sensor. Both of these phones are powered by the flagship Snapdragon 865 SoC, coupled with up to 8GB LPDDR5 RAM and up to 256GB UFS 3.1 storage. They are also equipped with huge 5,000mAh battery packs with 33W fast-charging. The Mi 10T and 10T Pro run Android 10-based MIUI 12 out-of-the-box.

As for the cameras, Mi 10T Pro includes a 108MP primary camera with OIS while the Mi 10T comes with a 64MP primary camera in tow. The triple camera system aboard both phones also sports a 13MP ultra-wide camera and a 5MP macro camera. You will also find an LED flash in the huge rectangular module on the rear.

Xiaomi has priced the Mi 10T series starting at €499 (~Rs. 43,000) and offers all of the flagship features one demands from a smartphone. So, it will be interesting to see how Xiaomi prices the Mi 10T and 10T Pro in India. I hope they do not drop the ball on this one, as they did with the original Mi 10 flagship phone.