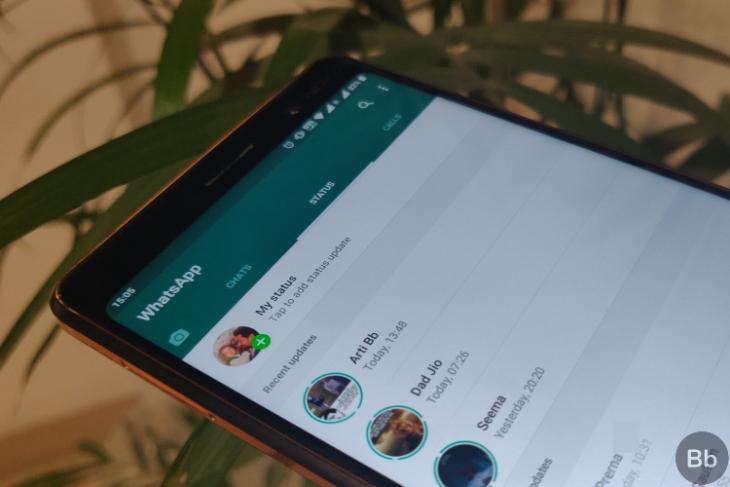 WhatsApp is prepping up a new addition for its Status feature after the rumored ability to react to Status with emojis reactions and Status updates in the chat list. The new rumored feature will show you rich previews of links shared as a text status. Here’s a look at what this will look like.

A recent report by WABetaInfo reveals that WhatsApp is in the development stages of Rich Link Preview for text Statuses. This essentially means while sharing a link as a WhatsApp Status, users will be able to see the preview of the link with more details, much like it can be viewed when a link is shared in messages.

Currently, any link posted as a Status will simply show up as a link and a preview is only provided when a link is tapped. Here’s a look at the difference between what appears now and what you may see in the near future.

The screenshot is said to be of a WhatsApp Status update on iOS, but it is expected to reach Android as well as desktop users. However, you should know that it is still under development and will eventually reach WhatsApp beta testers. There’s no word on when it will be available for the general audience.

As mentioned earlier, WhatsApp is also expected to introduce the ability to react to a Status update with emojis, much like on Instagram after recently introducing message reactions. Another feature to be copied from Instagram will be the ability to view Status updates in chat lists or when a person is searched. This will be indicated via a green ring around a person’s DP. Currently, a new Status can only be viewed from its dedicated section within the app.

In addition, the Meta-owned messaging app might soon add advanced search filter options for Android, iOS, and Desktop. This feature is already available for Business users and will soon reach general users to search for unread chats, contacts, non-contacts, and groups with ease. This feature is also under development, but there’s no word on its availability as of now. So, what do you think about the new rich link previews on WhatsApp Status? Let us know your thoughts in the comments below.