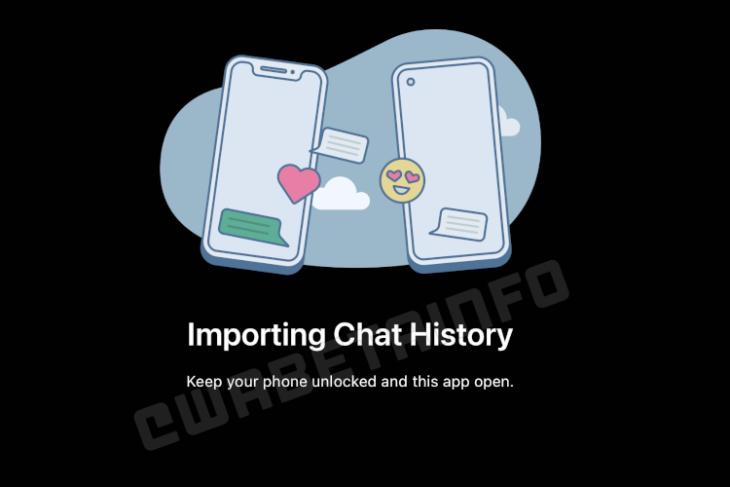 WhatsApp currently lets you move your chat history from iOS to select Samsung devices, Pixel phones, and soon on all Android 12 phones. But now, WhatsApp is testing the possibility of allowing users to migrate chats from their Android device to iPhones.

As tipster WABetaInfo reports, WhatsApp is working on an “import chat history” feature that will let Android users move their chats to an iPhone device. The feature was spotted in development in the latest WhatsApp beta for iOS v22.2.74. It is not available to everyone at the moment.

According to the report, WhatsApp will prompt you to import the chat history when you set up WhatsApp on a new device. As seen in the screenshots, WhatsApp will not let you import chat history later if you skip it in the onboarding screen. You will have to keep your phone unlocked and the app opened for the chat migration to take place. You will also need Apple’s Move to iOS app to complete the migration process.

As mentioned above, you won’t see the chat migration feature even if you’re using the latest WhatsApp for iOS build. That’s because it is hidden by default right now. That said, we could expect WhatsApp to make the feature available for beta testers in the coming weeks.

The option to move chats from Android to iOS will come as a relief to anyone who often switches between Android phones and iPhones for work. Until that happens, you will have to rely on third-party services to move your WhatsApp data from Android to iPhone and iPhone to Android.