With the decentralized nature of the internet starting to come under increasing threats because of the dominance of mega corporations like Google, Amazon, and Facebook, many proponents of a free and decentralized internet have started their own open source movements to build the next-generation technology that can power the open internet. One such technology that has received quite a bit of success over the past few years is Blockchain; a secure, distributed, peer-to-peer platform that powers the world’s leading cryptocurrency, Bitcoin. Based on the same platform, a new technology called Blockstack may well revolutionize the internet as we know it today by putting the power back into the hands of end-users by giving them complete control over their personal data. So in case the idea of being in charge of your own data sounds intriguing to you, here’s what you need to know about Blockstack and how it may improve online privacy:

Dubbed ‘Web 3.0’ by some, Blockstack promises to upend the status quo of the current internet by creating an all-new, decentralized internet that allows users to control their own data by storing them locally on their own devices rather than allowing mega corporations to store them in their own servers and use them as they deem fit. Built on the Bitcoin blockchain, Blockstack is a key/value pair registration and transfer system that represents a dramatic departure from the way the internet functions today, and if successful, would effectively end the whole business of tracking and identifying users across the world wide web. 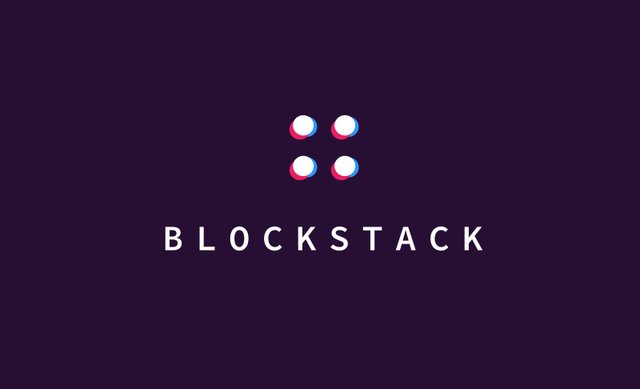 The applications that run on Blockstack are decentralized and server-less. The system eliminates middlemen like Google, Facebook, or WhatsApp, allowing users to directly transfer information between themselves, thereby putting them in control over their own personal data. The digital ledger, or blockchain, that’s used to keep track of all the information is a peer-to-peer network that’s distributed among millions of computers around the world, which means no one entity has control over any personally identifiable data. The new technology hopes to change the way the internet functions today by replacing current services like DNS, PKI (public key infrastructure) and cloud storage, thereby putting users in charge of their own data and online traffic.

Just like Linux, Blockstack is an open source project with a GPLv3 license for the core technology. Just like nonprofit organizations and commercial entities can both build apps and services on top of Linux as long as they abide by the terms of the license, Blockstack, too, provides developers the opportunity to build decentralized apps (dApps) and services on top of existing blockchain infrastructure in a way that would put users in charge of their own data.

Who Are The People Behind Blockstack?

Blockstack was founded in 2013 as Onename by two computer engineers from Princeton, Muneeb Ali and Ryan Shea. The organization has raised around $5.45 million in venture capital from a number of firms including, Union Square Ventures, Digital Currency Group, and AngelList co-founder Naval Ravikant. According to a post on the official Blockstack blog, the project is currently maintained by Jude Nelson, Larry Salibra and Guy Lepage, alongside the two co-founders.

To understand how Blockstack can help revolutionize the internet in terms of putting people in control of their own data, we need to first understand how the technology works in the first place. Each Blockstack node contains its own ledger of domain names and the IP addresses that those domain names would eventually resolve to. According to a whitepaper released by Blockstack last May, Domain name transactions on the network include “registrations, transfers and data updates. These operations are encoded into the underlying blockchain through transactions and use the Remote Procedure Call (RPC) API in order to do its work and update its own database”.

Blockstack seeks to implement a decentralized DNS system to resolve domain name queries. As briefly touched upon earlier, the entire platform is based upon the Bitcoin blockchain, which is used to register and protect domain names with a decentralized ledger, making the whole system more secure than the traditional DNS system. The technology also promises to provide protection from cache poisoning and resist censorship. Another major benefit of platforms like Blockchain or Ethereum are decentralized apps, or ‘dApps’, that ensure privacy and anonymity by running on a P2P network rather than on a single computer.

What Are Decentralized Apps (dApps) and What dApps Can I Use Today?

Decentralized apps, or dApps, are peer-to-peer software programs that are designed to operate autonomously. Unlike traditional applications like Facebook or Google that need centralized servers to work, these types of software are designed to run independently, and are not controlled by any single entity. While dApp technologies like Ethereum, MaidSafe, BURST, and others have made quite a lot of progress in recent times, most dApps (and their underlying platforms) are still in a nascent stage at this point in time. That being said, many different dApps on a wide variety of platforms are currently already available or are in advanced stages of development. Some of the best ones available on the Blockstack platform are Casa, a decentralized alternative to Airbnb, and OpenBazaar, a decentralized alternative to eBay.

How Does Blockstack DNS Differ From Namecoin DNS?

Blockstack isn’t the only technology that’s looking to free netizens from the grasp of mega corporations that are putting the decentralized nature of the internet under threat. Namecoin is mostly known for the eponymous cryptocurrency that was created as a result of the first major fork of Bitcoin, and is currently one of the preeminent ‘alt-coins’ you can buy. Unlike its parent, however, Namecoin can actually store data within its own blockchain transaction database. And like Blockstack, it also professes to improve decentralization, security, censorship resistance, privacy and DNS lookup speeds. However, the two technologies differ in a few fundamental ways. 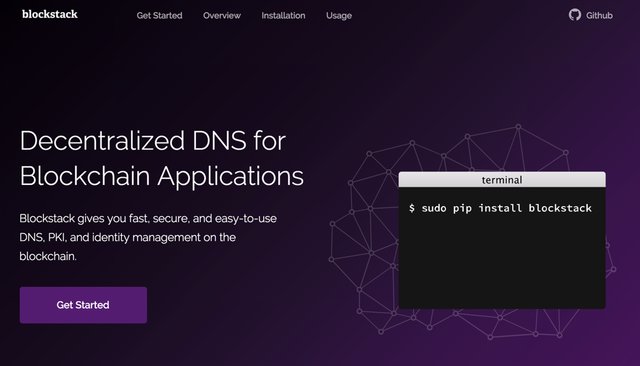 First off, Blockstack and Namecoin differ in how the DNS is operated. While Namecoin DNS is operated by Namecoin nodes, Blockstack DNS is designed to be able to read and write data to any blockchain, which means it won’t be shackled to the underlying Bitcoin blockchain even though it is based on it in the first place.

The storage model of Blockstack DNS also differs significantly from that of Namecoin DNS. According to Blockstack, it offers “a wide range of options for users to create their own namespaces and set their own name pricing schemes”, while with Namespace, users don’t get either of those options. This, according to Blockstack, “results in rampant squatting, which significantly degrades the user experience for anyone trying to register names”.

Finally, Blockstack is working towards a system where registration fees for domain names will start going to miners, which would create “a significant economic incentive for them to contribute additional resources to the underlying blockchain“. This would also mark a significant departure from the way Namecoin DNS does it right now.

How Does Blockstack Differ From Ethereum?

First off, Ethereum is a blockchain in itself, while Blockstack is a “layer 2” technology that builds on top of an underlying blockchain. According to Blockstack co-founder, Muneeb Ali, Ethereum could be thought of as a “heavy blockchain” that takes care of all the complexities, computations, scalability, and security issues. Blockstack, on the other hand, “puts minimal logic into a blockchain and handles scalability outside of the blockchain by re-using existing internet infrastructure in new ways”. Unlike Ethereum, Blockstack is also relatively well-insured against blockchain failures such as, 51% attacks, netsplits or hard-forks, because it is blockchain-agnostic, which means that the entire network can just migrate to another blockchain in such scenarios.

Can we Expect Blockstack to Ever Become Mainstream?

While the concept of decentralized applications, or dApps, is really starting to gain momentum, it continues to remain a niche undertaking for the most part. Even co-founder Ryan Shae, in a Medium post just a few weeks ago, admitted that 2017 and 2018 users would be technologically advanced early adopters who are “more interested in having their data protected, and intrigued by the possibilities of decentralized apps”. However, he also goes on to predict that next year might also be the breakthough year for the bold new “re-decentralized” internet, when the first true dApp can actually hit the 1 million user milestone. So basically, dApps are still a long way away from hitting primetime, and whether or not they are the future of the internet, the change from status quo isn’t likely to happen any time soon.

SEE ALSO: Top 8 Bitcoin Alternative Cryptocurrencies You Can Use

Can Blockstack Revolutionize The Internet as we Know it Today?

While its lofty ambitions of revolutionizing the way internet works is still a long way away from becoming a reality, Blockstack is already well on its way of ensuring more privacy for regular netizens. Whether it will be successful in its endeavor remains to be seen, but for now, Blockstack and other such decentralized platforms have momentum on their way. Hopefully with a little bit of luck and increasing public awareness about the need for online privacy, we will indeed have a true, decentralized internet sooner rather than later. In case you’re also as intrigued and excited at the thought of a truly anonymous, decentralized internet as I am, do leave a comment below to let us know how you expect the technologies to pan out going forward.