Skip to content
Home What is What is ASIC and How it has Taken Over Bitcoin Mining?

As U.S. Senator Tom Carper (D-DE) so eloquently put it a few years ago, cryptocurrencies have “captured the imagination of some, struck fear among others, and confused the heck out of the rest of us”. Bitcoin is obviously the most well-known and widely-accepted cryptocurrency in the world, and is accepted as a legitimate mode of payment by major tech companies, such as Microsoft, Dell, Time, Dish TV, PayPal, Expedia, Overstock etc. With its price rising exponentially over the past couple of years, many people have gotten into the Bitcoin mining business hoping to make it big. However, while CPU and GPU mining did fetch you recent returns in the early days of the Bitcoin phenomenon, you need specialized mining hardware these days to make any profits out of mining. Today, we will take a look at why ASICs, or application-specific integrated circuits, have taken over Bitcoin mining and why there’s no going back to the good ‘ol GPU mining days in the foreseeable future.

What is ASIC and What is it Used For?

ASIC, or application-specific integrated circuit, is an Integrated Circuit (IC) designed to process only a specific application. Compared to programmable logic chips or standard ICs that are more versatile and can be used for a wide variety of different programs, an ASIC is specifically designed to do one thing and one thing only. While it does this one thing much faster and more efficiently than standard multi-purpose processors, they lack the versatility of standard logic chips and, are more expensive to design and manufacture than their mass-market counterparts, especially, as most of them aren’t really produced in very large numbers.

ASICs and the Evolution of Bitcoin Mining Hardware

Bitcoin mining ASICs are exactly what they sound like: ASICs that are tailored to mine Bitcoins and Bitcoins alone. Whiles specialized ASICs are the only profitable way to mine Bitcoin these days, the whole thing actually started with standard desktop CPUs back in 2009, when an unidentified entity called Satoshi Nakamoto launched the Bitcoin network after having found a way to build a decentralized digital cash system with all the safeguards built-in to prevent abuse. However, it was soon evident that using CPUs was hardly the most efficient way to mine Bitcoins, given that their Hash Rates are only about 0.14GH/s. That being the case, miners started moving on to standard gaming GPUs to mine the currency, seeing as high-end gaming GPUs have Hash Rates of over 2.5. With miners starting to discover the benefits of GPU mining, multi-GPU mining rigs started becoming big business, raising the prices of GPUs and annoying gamers worldwide. 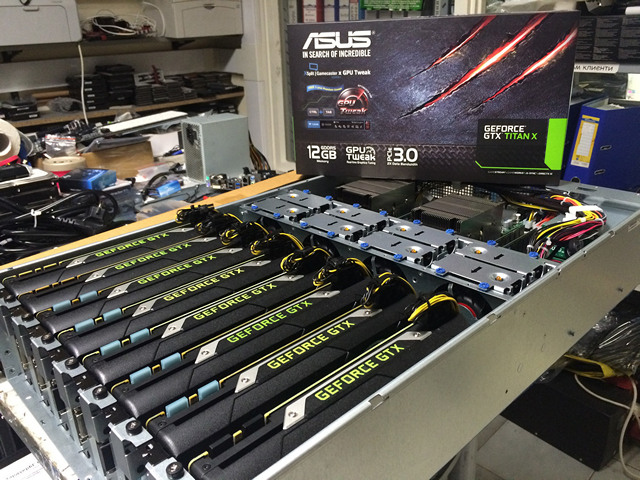 It was only in late 2011 that the trend of specialized Bitcoin mining hardware started to come to the fore, pushing the performance standards even higher. These devices were based on field-programmable gate array (FPGA) processors and could be connected to standard computers using USB ports. Not only was FPGA hardware more powerful than standard PC hardware, they were also more power efficient, making them ideal for Bitcoin mining. Well, at least for a while they were, until the evolution of ASIC chips that now dominate the world of Bitcoin mining.

Why Are ASICs Better at Bitcoin Mining Than CPUs, GPUs and FPGAs?

To understand why specialized Bitcoin mining ASICs are better at doing the job than CPUs, GPUs and FPGAs (field-programmable gate array), we’ll first need to understand how bitcoin mining works. The world’s most popular cryptocurrency uses the hascash proof-of-work function as its mining core. Specialized Bitcoin ASICs are specifically designed to solve Bitcoin blocks and have nominal requirements for other computer applications, which is why they can get the job done faster and more efficiently than standard logic chips. While the first-generation ASICs had Hash Rates of around 66GH/s (powerful enough to replace 30-odd GPUs), today’s top Bitcoin mining ASIC chips are as powerful as about 212 of those first-gen ASICs, with Harsh Rates hovering around the 14,000GH/s mark. 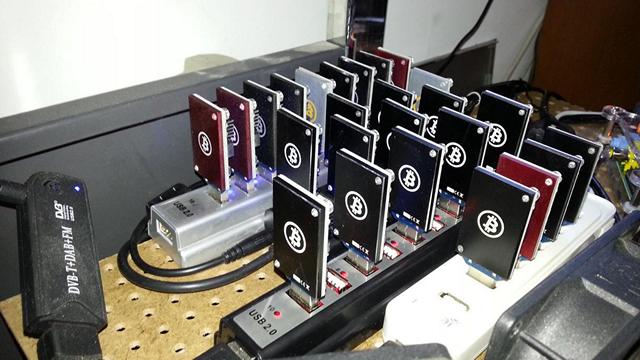 The Best ASICs for Bitcoin Mining

Before we get down to the absolute best Bitcoin mining hardware you can buy today, lets make it clear that you don’t really need to drop a bomb on the high-end stuff if you’re just looking to understand the fundamentals of Bitcoin mining. There are USB miners like the Sapphire BlockErupters that costs just $30, but with only 330MH/s of hash power, it will only net you a measly 1 cent per month. Yes, you’ll need to mine for about 8 and a half years at today’s rates to make about 1 dollar, You’ll do only a little better with the GekkoScience Compac (Rev 2.0), which costs about $90 and will net you about 15 cents per month. Other devices like the Avalon Nano 3 will get you about 10 cents per month, but is currently unavailable on Amazon.

Now that we’ve got that out of the way, let’s get down to the real business. If you’re really interested in high-end Bitcoin mining hardware, the very best ASIC chip you can buy right now is the Antminer S9 that has a Hash Rate of 14.0TH/s, but costs a whopping $4,000. If that’s too rich for your taste, you can get the Antminer R4 that costs $1,000, but has a significantly lower Hash Rate of 8.6 TH/s. Further down the pecking order you got the Antminer S7 that comes with a 4.73 TH/s Hash Rate and has a relatively more reasonable $500 asking price. If you’re looking for something really inexpensive, you can take a look at the Antminer S5 that costs just $140, but it has relatively meager hashing power that’s rated at 1.16TH/s.

If you’re really serious about mining Bitcoins, do remember that, to be able to do so profitably, you’ll need access to cheap electricity and a climate-controlled data-center where you will be able to run noisy, high-load machines 24×7 for months on end. With mining increasingly becoming more competitive, the industry is mostly dominated by Chinese miners, who currently control over 70% of the Bitcoin network’s collective Hash Rate, thanks largely to the abundance of cheap electricity in the country. That being the case, you’re actually better off buying Bitcoins from reputed sources like Coinbase, rather than actually looking to mine them profitably.

However, in case you live in a country where it is difficult to buy Bitcoins because of lack of exchanges or currency controls, mining is a great way to convert computation power to a liquid asset as they effectively serve as direct foreign exchange earners for you. However, if you’re just an enthusiast and trying to know more about the system, start off with old-fashioned GPU mining for an educational experience before deciding whether to plunge headlong and invest thousands of dollars in a dedicated Bitcoin mining rig.

SEE ALSO: What is Bitcoin Cash and How Does it Differ From Bitcoin?

ASIC and the Future of Bitcoin Mining

With Bitcoin mining becoming increasingly competitive, people have already started shifting to other cryptocurrencies, or ‘Alt Coins’ like Dash that are typically slightly easier to mine. So unless you’re doing it for the educational value, Bitcoin mining is best left to the giant Bitcoin mining farms from China, India and Eastern Europe that control much of the market. So now that you have a basic understanding of Bitcoin mining and how it works, are your interest piqued by the info, or are you discouraged by the fact that mining Bitcoins is unlikely to ever make you rich unlike all the stories that you might have read on the net over the years? Whatever may be going through your mind right now, do share your thoughts with us, because we love hearing from you.