Skip to content
Home Mobile Android What is Google Andromeda OS and What it Offers?

Google is all set to hold a massive event on October 4, 2016, where it’s rumored to launch a number of new products including the new Pixel smartphones, Chromecast 4K Ultra, Google Home smart speaker, Google WiFi, but what really excites us the most, is the rumored Andromeda OS. If you have been keeping track of the news around Google’s upcoming event, there are credible rumors suggesting that Google will tease its brand new Andromeda OS at the October 4 event. So, you must be wondering, what exactly is the Andromeda OS and what does it offer? Well, here’s what we know so far:

What is Andromeda OS?

We have heard rumors in the past suggesting that Google plans to converge Android and Chrome OS and well, Andromeda OS is supposed to do exactly that. Google recently started rolling out Android apps support for Chromebooks but that’s totally different from what Andromeda OS is going to offer.

If the reports are to be believed, Andromeda OS is a brand new platform that is a hybrid of Android and Chrome OS. It is basically Android with Chrome OS features built-in. It’s also different Google’s Fuchsia OS, which is another rumored Google platform for IoT devices. So, we can expect to see Chrome OS’ cloud-centric features in full blown Android, designed for laptops, tablets and convertibles to take on Microsoft and Apple offerings. 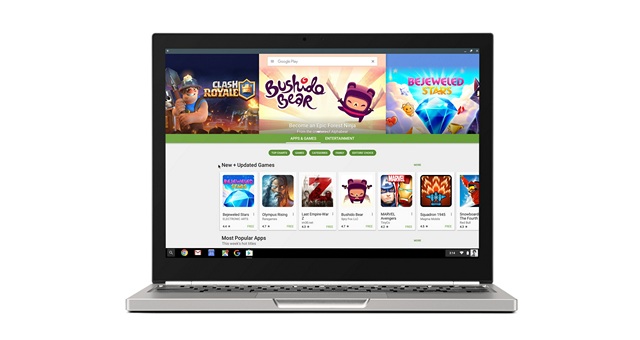 Features we can expect

While we don’t know much about what Andromeda OS will offer when it comes to features, here’s what we can expect:

Chrome OS gained a decent amount of traction due to the fact that it was simple to use and also due to its cloud-centric nature. With Andromeda OS supposed to integrate Chrome OS inside Android, we can expect great Google Drive integration in the platform. On a Chromebook, you never lose a file because everything’s saved in the cloud and that’s what we can expect Andromeda to do too.

Microsoft tried its hand at unified apps with Universal apps in Windows 10 to moderate success and Google will try the same with Andromeda OS. The hybrid platform should come with various Google apps that run equally well on laptops as well as smartphones.

With Andromeda OS featuring the same code as Android, we can expect an Andromeda running laptop and an Android running smartphone to pack some Continuity like features. For people unaware, Continuity is Apple’s macOS and iOS feature, which lets users move from an iPhone or iPad to a Mac seamlessly without losing any work. For instance, you can start an activity on iOS and continue it on Mac, take calls on your iPhone from your Mac and more.

When does Andromeda OS launch?

We were skeptical of any Andromeda OS news at the October 4 event but a recent tweet by Android and Chrome OS chief Hiroshi Lockheimer suggests that Andromeda OS will indeed be introduced at the event. His tweet reads, “We announced the 1st version of Android 8 years ago today. I have a feeling 8 years from now we’ll be talking about Oct 4, 2016”.

While Andromeda OS should be made official at the event, we can expect the OS to arrive for developers and devices at the start of next year. We don’t know yet if Andromeda OS will be available as an update to the current Chromebooks but we wouldn’t get our hopes up yet.

When do Andromeda OS Devices arrive?

Along with rumors around Andromeda OS, there have also been reports suggesting that Google plans to release a Pixel 3 device, codenamed ‘Bison’ in Q3 2017. The device will be an ultra thin laptop to take on the likes of Microsoft’s Surface Book and will supposedly feature specs like a 12.3-inch display, Intel m5 or i5 chipset, 8 or 16 GB RAM, 32 or 128 GB storage, USB Type-C, fingerprint scanner, stylus support and touchpad with haptic feedback. Also, the Google Pixel 3 laptop will not sport the Chromebook brand, and Chromebooks as we know them now, are pretty much dead. So, if you were wondering why Google did not launch a new Chromebook Pixel this year, well, there’s your answer.

Another report suggests that Google will first showcase the hybrid OS on a Huawei Nexus tablet at the end of the year, which doesn’t seem plausible, considering the Nexus brand is going away but Google certainly has the capability to surprise us. Before the Pixel 3 arrives, Google should showcase a number of Andromeda OS devices to get started. Along with the Pixel 3, a number of manufacturers are reported to aboard the Andromeda OS train in 2017.

SEE ALSO: How to Use Google Allo, A Smart Messaging App

Google has taken over the web with its services and smartphones with Android and desktop is the only missing piece in the puzzle. While Chrome OS was a decent offering, it did not have the firepower to take on the likes of Windows or macOS. However, Android is mature platform and add to that Chrome OS’ simplicity and you get a pretty comprehensive desktop platform in the form of Andromeda OS. The Android-Chrome OS hybrid should be announced soon but we’d still suggest you to take all of this with a pinch of salt, considering these are still rumors.

So, are you excited for Andromeda OS? What are the features you are expecting in the new Google platform? Sound off in the comments section below. Also, we will update the article once new details around the Andromeda OS surface, so stay tuned.

Microsoft Appears to be Testing Apps for the Foldable Surface Phone