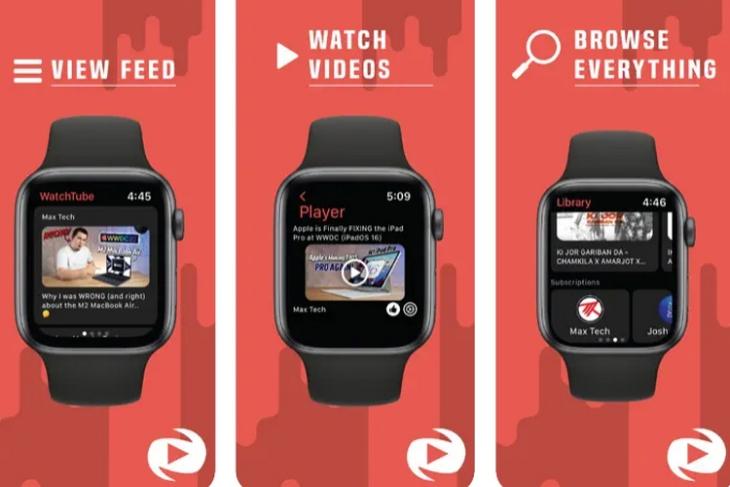 While Apple Watch packs a lot of features to help users make the most out of it even without having a phone nearby, watching YouTube videos is not one of them. Well, not anymore. An independent app developer has created an app called WatchTube that lets you watch YouTube videos right from your Apple Watch.

WatchTube is a novel Apple Watch app that you can use to tune in to videos from your Apple Watch. Designed with Apple Watch’s small form factor in mind, the app works on watchOS 6 and later. You can download the app from App Store and choose to join the beta program through TestFlight.

At the moment, WatchTube lets you search and watch videos, view descriptions, browse the home feed, check watch history, view subscriptions, and like videos. The developer hopes to add an audio-only mode to use the app with the screen off in the future. One neat feature worth mentioning here is the ability to generate QR codes for videos. This way, your friends can easily use any QR code scanner app to open the video from their phones.

There are four sections in the app, namely, Home, Search, Library, and Settings. The Home section can be customized to show the type of videos you want to watch. However, you won’t be able to link your YouTube account to the app.

Now, you might be wondering if you really need to watch videos from your watch. Well, most people won’t need it, but it’s good to see that it is now a possibility. There are only two possible outcomes from here — everyone forgets about the app in a few weeks or Apple walks up to the stage at WWDC 2023 to announce YouTube streaming support on Apple Watch. If the latter happens, WatchTube would join the league of apps like FlickType keyboard that Apple has “sherlocked” over the years.

WatchTube is not the only app that’s pushing the limits of what the Apple Watch can do. We recently found out about the Wristcam app that allows you to make video calls via the Apple Watch. For more such unique apps, you can check our list of the best Apple Watch apps. While you’re at it, do not forget to share your thoughts on WatchTube in the comments.