Both iOS and Android got native QR Code scanners in 2017, thanks to Apple and Google adding the functionality to iOS 11 and Android 8 Oreo, respectively. However, the feature remains missing entirely in older iPhones (iOS 10.x and older) and Android devices (7.x Nougat and older). Thankfully, there are dozens of third-party apps that not only bring the functionality to older devices but also offer added features that are not available natively on either Android or iOS. So here’s a list of the best QR code and barcode scanner apps on Android and iOS.

Best Barcode and QR Code Scanners on Android and iOS

There are many QR Code and barcode scanner apps available on the Play Store and App Store, and we have rounded up 10 of the very best for you. Here, we list the best QR Code and barcode scanners available on Android and iOS so you don’t fall prey to malicious scanner apps that could jeopardize your privacy and security. Almost all of them are available on older devices and include a ton of useful features. But before we get to the list, let’s check out how you can use the built-in QR code scanner on Android devices.

Scan QR Codes on Android Without a Third-Party App

The latest versions of Android (version 8.x Oreo and above) come with a native QR code scanner. To use the feature, first enable the Google app on your phone (if it isn’t already) and give it the requisite camera and microphone permissions to scan QR codes. 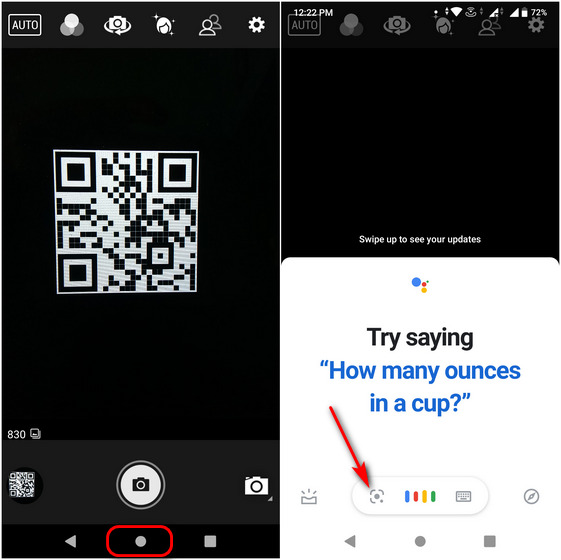 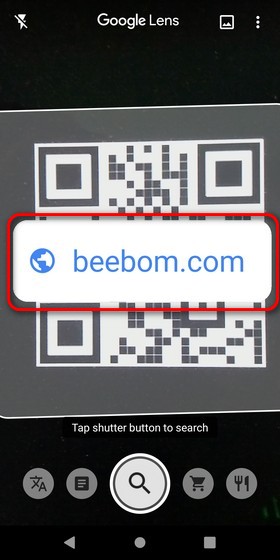 Note: If you are using an iPhone, check out our detailed article on how to scan QR Codes on iOS using the control panel.

Best Apps to Scan Barcodes and QR Codes on Android

Note: Many of the apps mentioned on this list have similar names, so make sure to use the respective links to download the correct apps.

One of the best barcode and QR code scanners on Android and iOS, Kaspersky QR Scanner is a smart QR reader developed by the renowned cyber-security firm. Not only does it read QR codes, but it also checks the safety of texts, images, and websites linked to the QR code. The app uses the company’s malware database to detect rogue QR codes containing dangerous links that can expose users to malware and phishing traps. 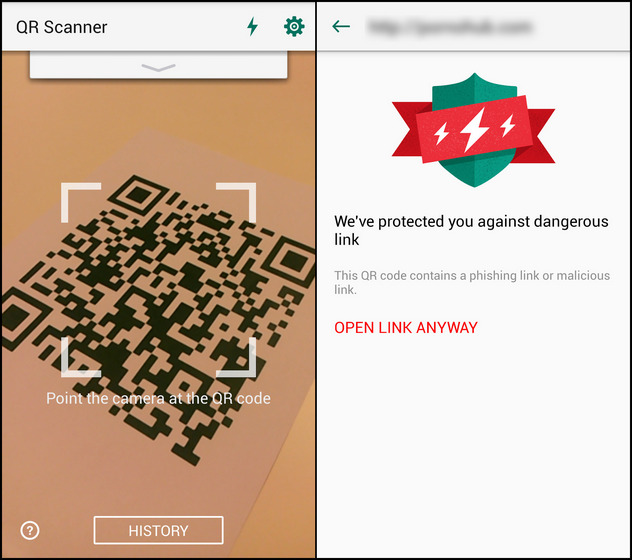 Once you scan the QR code, the information is stored on-device so that users can easily access past links, images, and websites. The app is available both on Android and iOS and is updated regularly with the latest features and bug fixes. As such, it is one of the best QR code and barcode scanners you can use on your mobile, irrespective of whether you use an iPhone or an Android device.

With more than 100 million installs, QR & Barcode Scanner by Gamma Play is one of the most popular apps in the segment on Android. The app, which is listed as QR Code Reader & Barcode Scanner on the App Store, can scan and read all QR codes and barcode types, including text, URL, ISBN, product, contact, calendar, email, location, Wi-Fi, and more. 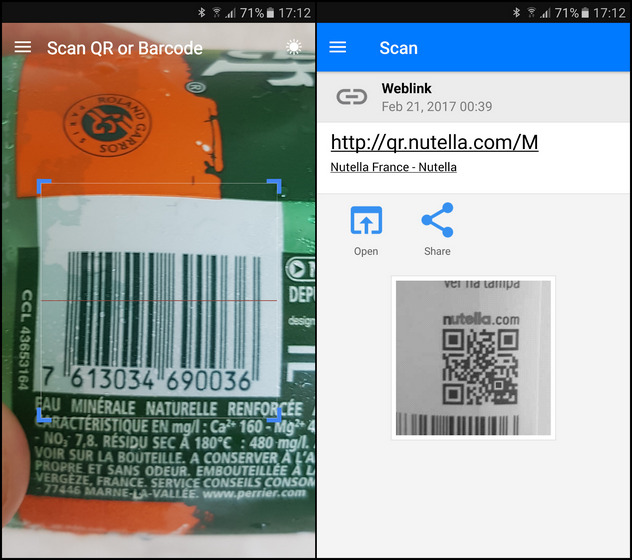 After scan and automatic decoding, the app provides users with only the relevant options to take the appropriate action. You can even use the app to scan coupons and coupon codes to receive discounts and save money. It also allows you to create QR Codes and share your contact info via QR codes. 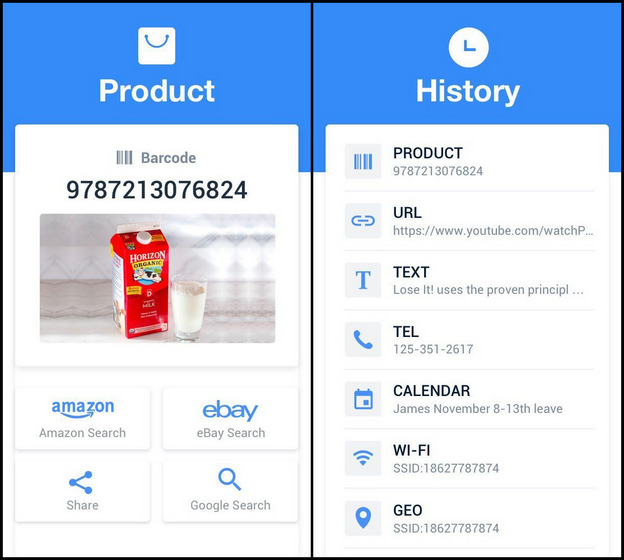 This QR code reader can scan and decode all kinds of QR codes and barcodes, such as contacts, products, URL, Wi-Fi, text, books, E-mail, location, calendar, and so on. It also supports the scanning of QR codes and barcodes from the gallery. The app comes with a price scanner that lets you scan product barcodes and compare prices online. You can also scan promotion and coupon codes in shops to get discounts.

Yet another phenomenally popular barcode and QR Code scanning app, Barcode Scanner Pro, is based on the open-source Project ZXing barcode scanner. It is a fast and accurate barcode and QR code scanner that lets users scan, decode, create and share the QR code or barcode. 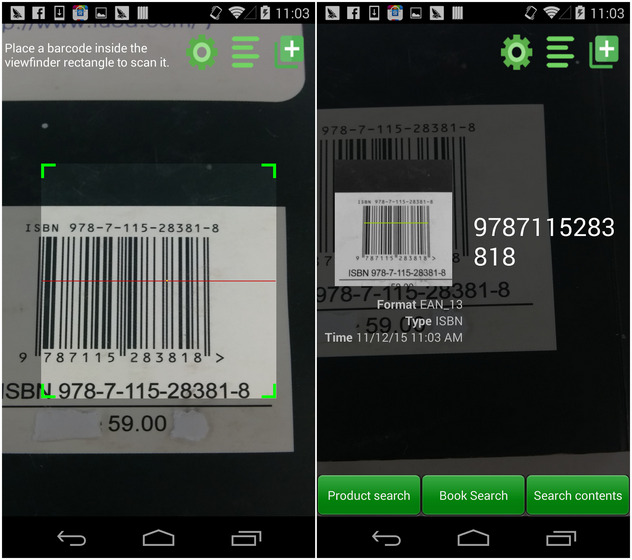 QR & Barcode Reader by TeaCapps is one of the few apps that’s equally popular on both Android and iOS. It supports all common barcode formats, including QR, Data Matrix, Aztec, UPC, EAN, Code 39, and more. It allows you to scan any QR code to open URLs, connect to WiFi hotspots, add calendar events, read VCards, find product and price information, etc. 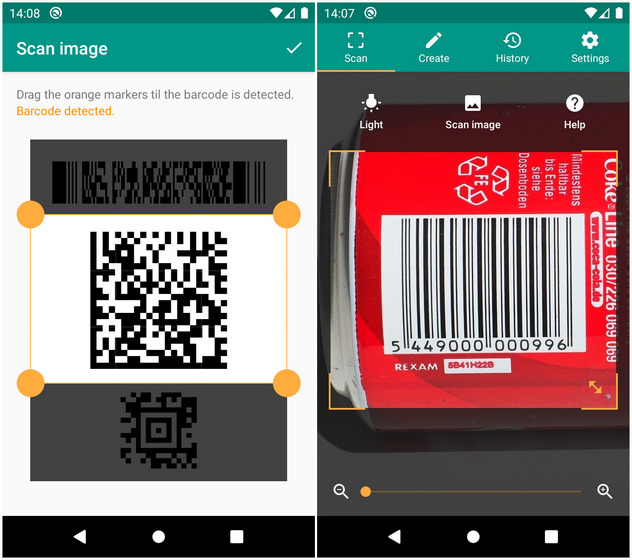 QR & Barcode Reader uses ‘Chrome custom’ tabs instead of an in-app browser based on WebViews to open links detected by QR codes. It also allows you to scan images from within the device gallery without any storage permission. Users also get the option to export their scanning history as a CSV file and save it to any cloud storage platform, such as Google Drive. It is one of the best barcode and QR code readers available for smartphones and tablets running Android 6.0 or higher and iOS 12 or later.

The simply-named QR Code Reader is undoubtedly one of the best scanner apps for Android devices. It comes with all the features that you’d expect from a modern app, including the ability to decode and encode information. The app not only lets you scan QR codes and barcodes, but create QR codes for text, URL, ISBN, phone number, SMS, contact, calendar, email, location, etc., as well 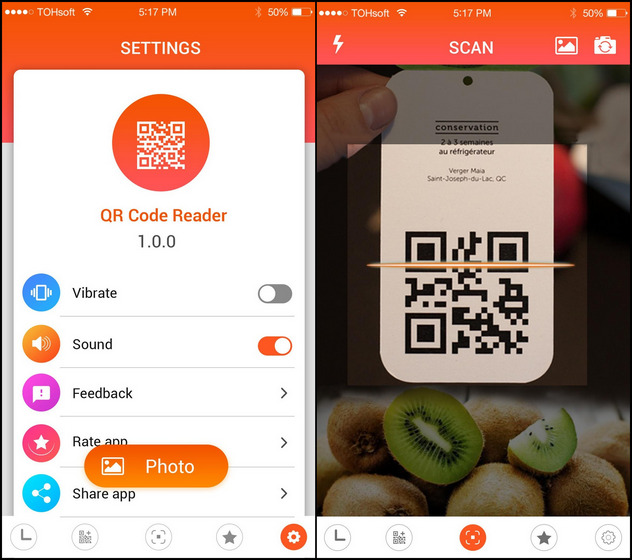 After scanning a QR code that contains a URL, the app will offer users the option to click on the link to visit the website. If the code contains only text, the app will display that instantly. The app comes with a built-in QR code generator to encode personal information, create codes for messages, e-mail, Wi-Fi, phone numbers, location, etc. You can then save or share it any way you want. The app is compatible with all devices running Android 4.4 KitKat and above.


7. Free QR Barcode Scanner by EZ to Use

A highly-popular QR code and barcode scanning app on Android, Free QR Barcode Scanner: QR Scanner/QR Code Reader was once priced at $4.99 but is now free-to-use with in-app ads. It is an all-in-one QR scanner that scans all standard 1D and 2D code types, including almost all QR codes & barcodes. 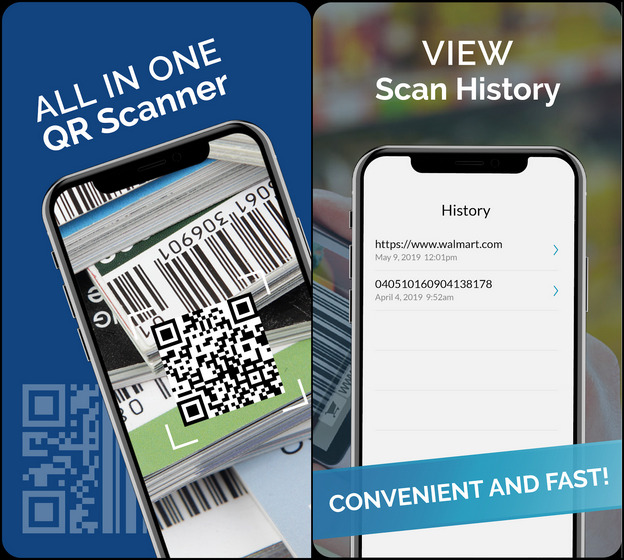 Free QR Barcode Scanner also saves scan history, enabling users to see what they have scanned in the past. The app also functions as a QR code generator, allowing users to encode website URLs, phone numbers, contacts, locations, and more. With its long list of features and hassle-free functioning, Free QR Barcode Scanner is one of the best barcode readers you can use on Android. 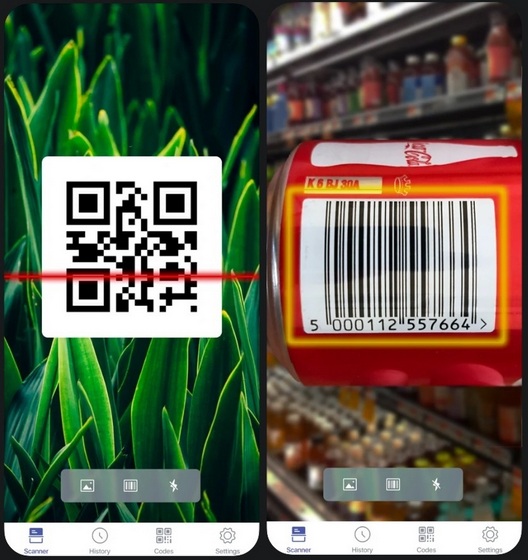 While the ad-supported free version includes the most basic functionalities, users can subscribe to the ad-free premium version with unlimited scans, product info, and more. Subscription starts at $9.99 per month, with options including 1-month, 3-month, and 1-year. The app is compatible with iOS 11 and later.

One of the best and most hassle-free barcode and QR code scanners on iOS, QR Reader for iPhone can scan puzzles, business cards, documents, PDF files, and more. It also has an NFC scanner for compatible devices. The app comes with an auto-detect feature that lets users decode codes by pointing the camera at the products, deals & coupons. 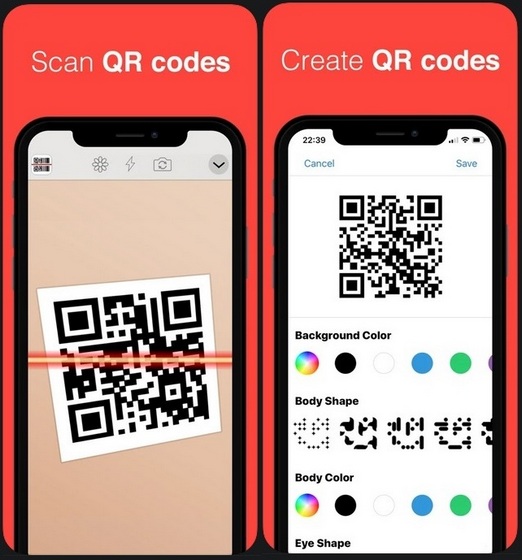 Users can also share their decoded information using email, messenger, Facebook, or Twitter. They can even export the scans via CSV. QR Reader for iPhone also offers a QR generator feature that enables users to create QR codes and export them as PNG or SVG files. The app also includes a monthly subscription plan with a free trial period of 1-week.

QR Code Reader & QR Scanner! is a free, ad-supported barcode scanning app for iPhones (iOS) and iPads (iPadOS). It is reliable, accurate, and super-fast, which should satisfy most users looking for an app in this category. QR Code Reader is an all-in-one scanner that scans all standard 1D and 2D code types. You can use the app to capture and view product details on Google, Amazon, and other websites. 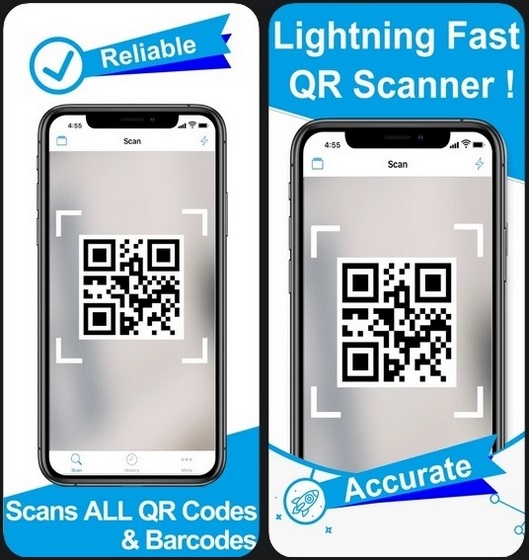 Like most apps on iOS, QR Code Reader & QR Scanner! also comes with a premium option for an ad-free experience. The developer offers a 3-day trial, followed by a Pro subscription starting at $1.99 per month. This app works as advertised and is one of the best apps in this category for iOS users.


Use the Best Scanner Apps on iPhone and Android

All the apps listed above are supremely competent in scanning all types of barcodes and QR codes. What’s more, most of them won’t even ask for invasive permissions unrelated to their advertised functionality. So go ahead, give them a ride and let us know which one you eventually chose and why.

Since you’re working with QR codes on your mobile, check out how you can share Wi-Fi passwords using QR Codes on Android devices, as well as how to create QR codes using Google Chrome on your smartphone and desktop. If you’re in India, you should also know that the Indian Railways now offers tickets with QR codes for contact-less travel.