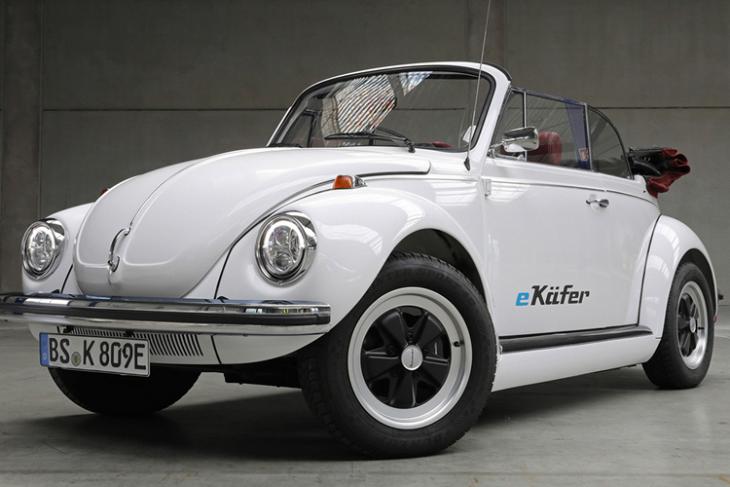 Volkswagen has partnered with an EV conversion company named eClassics to help Volkswagen Beetle owners convert their cars to run on electric power. Essential parts like battery and powertrain will be supplied by Volkswagen itself borrowed from the automaker’s own E-up! which makes this an attractive and trustworthy upgrade.

The conversion process will be carried out by eClassics using the parts supplied by Volkswagen. The company showed-off a near-production version of this e-Beetle at the International Motor Show in Frankfurt, Germany.

“The electrified Beetle combines the charm of our classic car with the mobility of the future. Innovative e-components from Volkswagen Group Components are under the bonnet – we work with them to electrify historically important vehicles, in what is an emotional process,” said Thomas Schmall, Member of the Board of Management of Volkswagen Group Components in the press release.

If you charge the e-Beetle for an hour, it will be able to go up to 150 km before running out, thanks to the combined charging system for facilitating fast charging.

“We are already working together to prepare the platform for the Bus. An e-Porsche 356 could also be pursued in the future.”, said Schmall which hints at the future plans of the automaker.

The German automaker is also considering to use its Modular Electric Drive Matrix(MEB) for its future conversion projects. We’ll have to wait to see how that turns out to know if that move would actually improve the performance of converted electric cars.