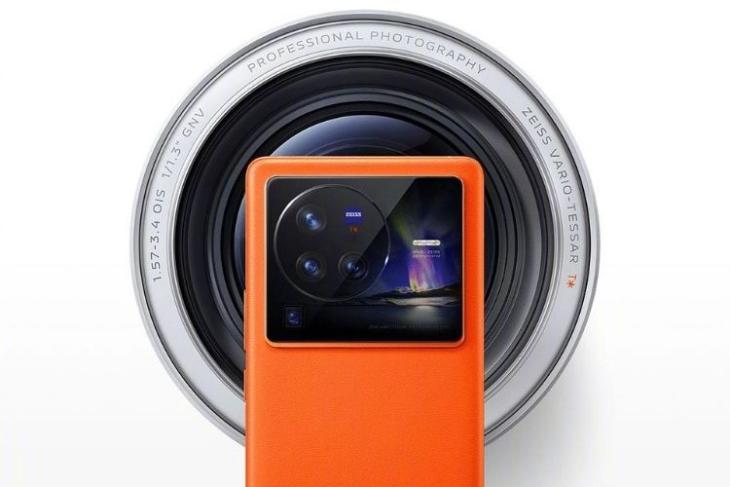 Vivo is all set to launch the Vivo X80 series next week, and ahead of this, it has confirmed some details about its cameras. The new flagship lineup, which is said to consist of the Vivo X80, the X80 Pro, and the X80 Pro+, has now been confirmed to carry an all-new Sony IMX866 camera sensor. Here’s what difference will it make.

As per a recent Weibo post, Vivo X80 series will come equipped with the world’s first Sony IMX866 RGBW sensor, which will succeed the currently famous IMX766 sensor. The IMX766 sensor is seen on the Vivo X70 series, the Xiaomi 12 Pro, the Realme GT 2 Pro, and more.

Its successor comes with an RGBW filler instead of the Quad Bayer filter, and thus, it ensures a much improved low-light performance. This will be paired with Vivo’s V1+ ISP, the Zeiss T* anti-reflective coating, and gimbal stabilization support. All this can help provide an enhanced smartphone camera experience.

Vivo has also mentioned Samsung’s 1/1.3” GNV sensor in one of its teasers. Hence, odds are that it might be included in one of the Vivo X80 phones, possibly the high-end Vivo X80 Pro+. The other two models are likely to go for the new Sony sensor.

As for the other specs, the Vivo X80 series is confirmed to come with the MediaTek Dimensity 9000 as one of the chipset options. This will have deep integration with the V1+ ISP for better cameras, and interestingly, the ability to run games at 90fps or 120fp too. There could be a Snapdragon 8 Gen 1 SoC variant too.

The phones are likely to support a 120Hz display, Android 12 with OriginOS Ocean on top, 50MP cameras, fast charging capabilities, and more. The Vivo S15e will also tag along. More confirmed details will be revealed at the launch event, which is scheduled for April 25. Hence, stay tuned until then to know all the details.