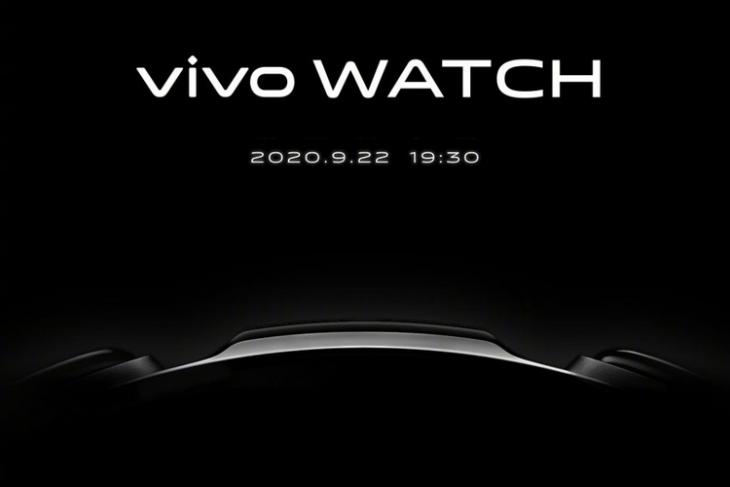 Vivo has confirmed that it will launch its first smartwatch in China next week. In a post on Chinese micro-blogging site, Weibo, the company announced that it would officially unveil the Vivo Watch on Tuesday, September 22. The company also posted a teaser image (see above), which suggests that the device will ship with a round dial with two physical buttons.

While Vivo might be playing its cards close to its chest, recent leaks have revealed some of the key aspects of the upcoming device. According to Weibo posts by prolific tipster, Digital Chat Station, the Vivo Watch will be available in two sizes – 42mm and 46mm. It will reportedly have a battery life of up to 18 days, and will ship in four color options. The device is also said to come with a heart-rate monitor and may have a price-tag of 1,000 yuan (~Rs. 10,000) in China.

The same tipster had earlier revealed some additional info about the 46mm variant of the device. According to them, the wearable will ship with a round OLED display, a heart-rate monitor, a blood oxygen (SpO2) sensor and an NFC chip. Other features are expected to include Vivo’s Jovi voice assistant, 5ATM water-resistance and built-in storage for music playback.