Skip to content
Home How To How to Use Music Recognition to Identify Songs in iOS 14.2

iOS 14.2 has turned out to be a pretty big update considering it’s a point version update. Not only it revamps the look of now playing screen on both the lock screen and Control Center, but it is also bringing new features. One of the new features is the new “Music Recognition” feature in the Control Center that lets you identify songs that are playing in the background or on your iPhone. In this article, I am going to show you how to use the Music Recognition feature in iOS 14.2 to identify songs.

Use Music Recognition to Identify Songs in iOS 14.2

The Music Recognition feature is the system-level integration of the Shazam app in iOS 14.2. If you remember, Apple acquired Shazam a while back and has been slowly integrating it with iOS. The integration is quite powerful and different from the Shazam app. While the Shazam app was able to identify what’s playing around you, it didn’t work when you used it to identify songs playing on your iPhone.

Since this is now a system-level feature, the Control Center toggle for Shazam (Music Recognition) can now even identify songs that are playing on your iPhone. And it doesn’t have to play on speakers. It can identify music even when you are using headphones. That is pretty cool.

There are times when I am streaming a video or binging a TV series, and I want to know what songs are playing in the background. But I cannot do so because I don’t have an extra device. With this new feature, I will be able to do that in seconds. Also, once it identifies a song, you can tap on the “Listen on Apple Music” button to play it in Apple Music. With all that said, let’s see how it works, shall we?

1. First, make sure that your phone is updated to iOS 14.2. It’s in public beta right now. If you are using a stable build, you will have to a week or two. You can learn how to join the public beta by clicking on the link if you are interested. 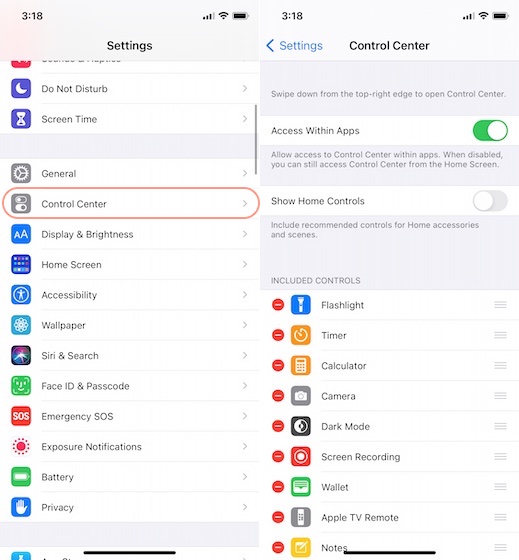 3. Here, scroll down to find “Music Recognition” and tap on the (+) button so it appears in the “Included Controls” list. 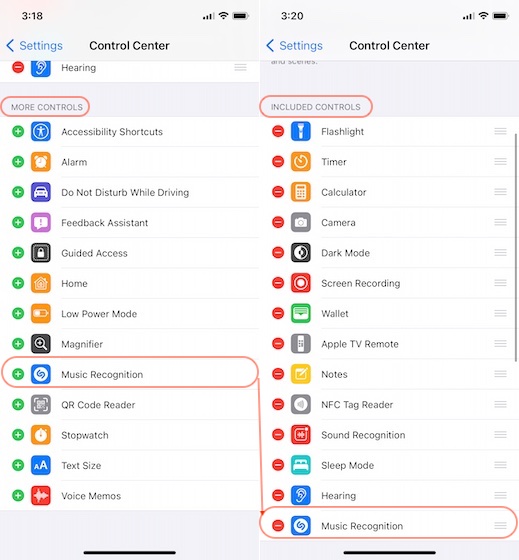 4. Now, when a song is playing around you or on your iPhone, find the toggle in the Control center and tap on it to identify the song. 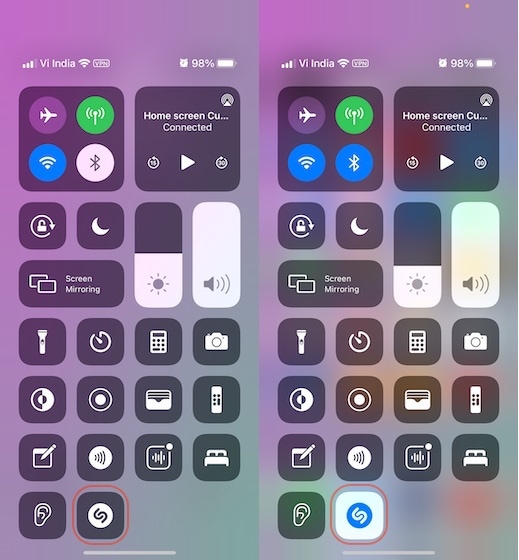 5. Once it identifies the song, you can long-press on it to reveal more information along with the “Listen on Apple Music” button. 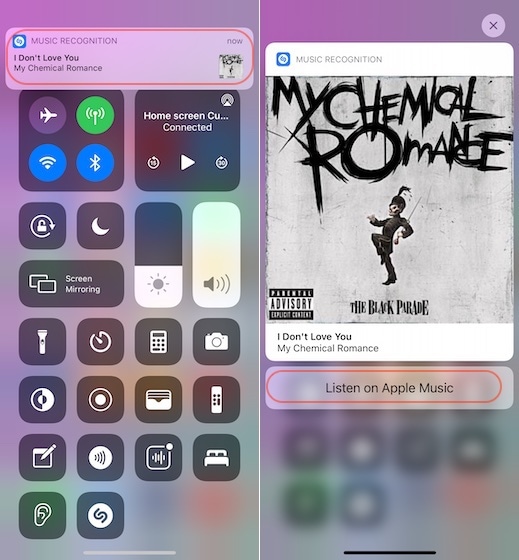 I love this feature as it’s letting me identify songs on shows and movies that I love. My only complaint is that it doesn’t keep a history of identified songs like the Shazam app did in the past.

And since I don’t use Apple Music, I don’t have an easy way to launch the song in a music streaming app and save it there. Right now, I use the back-tap gesture of iOS 14 to take a quick screenshot to save the song info. Hopefully, I can improve this feature in the future.

What do you think of this new Music Recognition features? Let us know in the comments below.