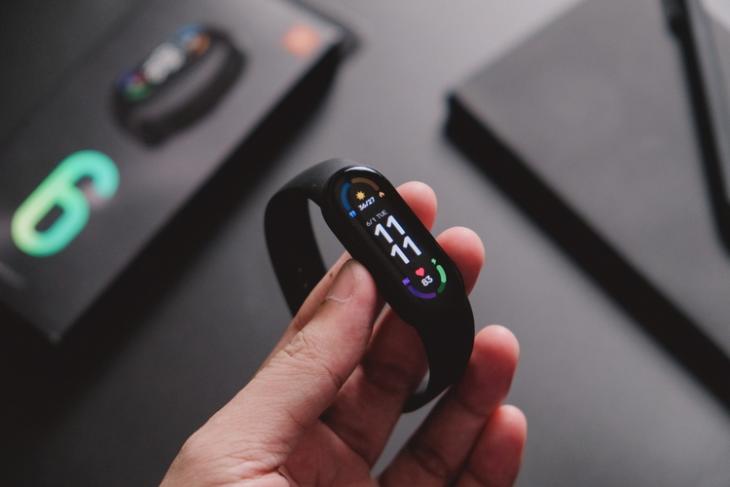 Earlier this year, Xiaomi launched the latest iteration of its popular fitness band – the Mi Band 6. Since then, the company has been rolling out firmware updates to improve the user experience. For instance, Xiaomi rolled out an update to improve sleep tracking and let users reply to text messages back in May. In the latest firmware update, Xiaomi has rolled out yet another useful feature – the ability to use Mi Band 6 as a flashlight.

Use Mi Band 6 as a Flashlight

Yeah, you read that right. With the latest firmware update bearing the version number v1.0.4.38, Mi Band 6 can function as a flashlight. Before you ask, this isn’t a shortcut to turn on your phone’s flashlight. Instead, as soon as you enable the feature, Mi Band 6’s display will light up in white color. While you shouldn’t expect a dramatic level of brightness, it should hopefully offer sufficient light if your surroundings are pitch dark.

According to TizenHelp, the firmware update for Mi Band 6 that adds the flashlight feature is currently rolling out in Kuwait, the UK, and the Czech Republic. It should soon roll out to other regions where Xiaomi currently sells the Mi Band 6.

If you are in an eligible region, you can check for firmware updates after updating to version 5.3 of the Mi Fit app. We will have to wait and see if Xiaomi plans to bring this nifty feature to its older fitness bands like the Mi Band 5.

The update is rolling out at a time when the Indian market is still waiting for the Mi Band 6 launch. If you are interested to know what’s new in the fitness band, check out our specs comparison of Mi Band 6 vs Mi Band 5.