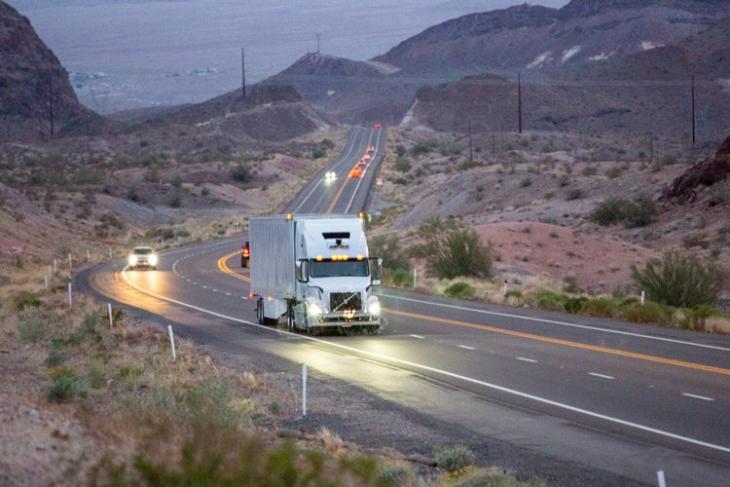 Alphabet’s Waymo is expected to launch an autonomous taxi service in Arizona sooner rather than later, but it won’t be the only company to operate a fleet of self-driving vehicles in the state commercially. That’s because Uber has announced that its self-driving trucks have already been delivering commercial freight in the state over the past few months. The company had earlier launched an app called Uber Freight that matches truckers and trucking companies with clients.

Uber hasn’t revealed a lot of details about its autonomous trucking operations, but has claimed that its trucks have completed ‘thousands’ of rides till date. The company has also said that the service currently has two main transfer hubs in Arizona, but there’s no info whatsoever about the scale and scope of the operations right now.

One thing to note here is that Uber’s trucks still operate with a licensed driver at the wheel, although, the company intends its vehicles to be fully autonomous going forward. The company had spend $680 million to acquire self-driving trucking startup, Otto, back in August 2016, and while it continues to work on its self-driving cars, looks like its autonomous trucking project is much further along the road to full deployment if latest developments are anything to go by.

Either way, having embroiled itself in one of the biggest and most high-profile corporate espionage scandals in recent memory, Uber will be hoping that all goes well with its self-driving trucks, if only to get people’s minds off the nasty spat with Waymo.

It will also be interesting to watch how Alphabet responds to the developments, given that the co-founder of Otto, Tony Levandowski, was one of the original leads in the Alphabet’s own self-driving car project, which has since transitioned into Waymo.