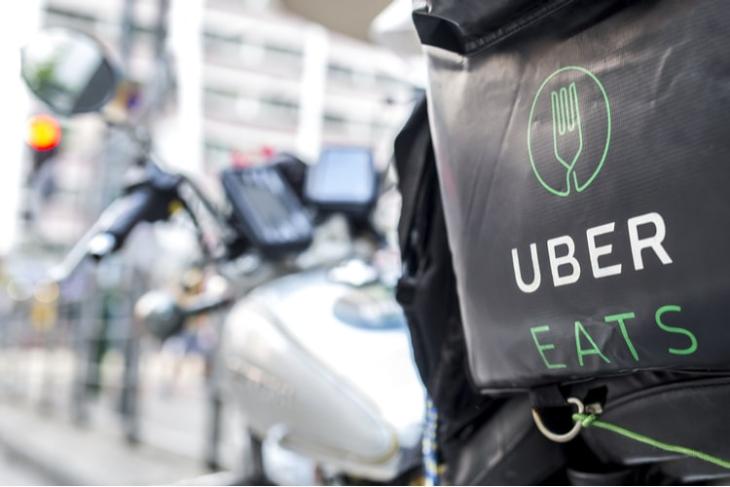 Over the past couple of years, we have seen companies explore the idea of contactless, autonomous delivery solutions, especially after the COVID-19 pandemic struck the world. It seems now Uber is trying its hand at autonomous food delivery for Uber Eats in Los Angeles in collaboration with two companies. Check out the details below.

Uber Eats Pilots Autonomous Food Delivery in the US

Uber has announced two autonomous food delivery pilot programs in collaboration with Serve Robotics, which is a robotic sidewalk delivery startup, and Motional, an AV technology company. These two programs are said to mark the company’s “continued work to bring safe, reliable, and affordable autonomous technology to merchants and consumers everywhere.“

Uber Eats will use these programs to leverage its respective partners’ autonomous vehicles and robots for food delivery in Los Angeles. Although the programs are starting out on a small scale, Uber believes that it is the company’s first step in offering reliable autonomous food delivery.

Initially, Uber Eats’ autonomous food delivery system will deliver food only from a few local merchants and retailers, including an organic cafe and juice parlor named Kreation. While Motional’s program will focus on longer deliveries in the Santa Monica region, Serve Robotics will handle the short-distance deliveries. This is presumably due to the company’s focus on delivery robots rather than vehicles.

“We’ll be able to learn from both of those pilots what customers actually want, what merchants actually want, and what makes sense for delivery as we start to integrate our platform with AV companies. The hope is that they’re successful and that we learn over the coming months, and then figure out how to scale,” an Uber spokesperson told TechCrunch.

Customers will be charged for deliveries in addition to the cost of food, as per Uber. However, it is worth noting that Motional would need a deployment permit from the Department of Motor Vehicle (DMV) to be able to charge a fee for autonomous deliveries. In response to this query, Motional said that there will not be any fees specific to the delivery by a Motional vehicle during the pilot.

As for Serve Robotics, TechCrunch mentioned that there isn’t a law that restricts companies from using sidewalk robots for deliveries. Hence, Serve’s path is currently clear from the legal perspective. However, a human remote operator will be used to control the robots in certain situations like crossing the road. Uber also said that if a customer tips a Serve robot after successful delivery, they will be reimbursed.

Now, it is worth mentioning that the pilot programs are Uber’s initial steps in autonomous delivery solutions. Hence, it will take some time for the company to scale the services and make them available in other regions. If and when Uber decides to bring its autonomous food delivery solution to India, we expect the company to partner with Zomato as the latter acquired Uber Eats for a whopping amount of Rs 2,500 crores back in 2020.

So, would you like your food to be delivered by a driver-less vehicle or a robot? Do you think Uber would be able to scale the services properly while maintaining its reliability? We are intrigued to know your views on the topic. So be sure to let us know in the comments below.

Zomato in Advanced Talks to Buy UberEats in India: Report