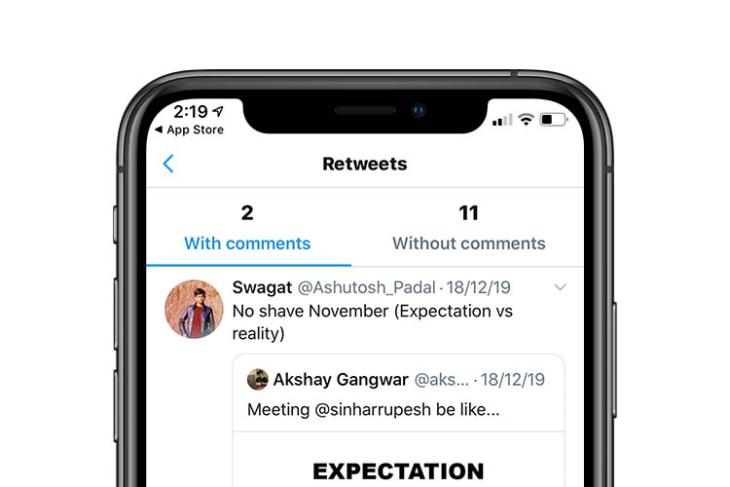 Twitter started testing the ability to view quoted tweets with comments on iOS last month and now, the company has started rolling out the feature widely to iOS users.

From the preview teased in the tweet below, it is evident that the company finalized the latter. “Don’t miss the Tweets about your Tweet. Now on iOS, you can see Retweets with comments all in one place.”, wrote the company.

Now on iOS, you can see Retweets with comments all in one place. pic.twitter.com/oanjZfzC6y

With this addition, you no longer have to search for replies or use third-party services like Quoted Replies. This might come in handy for a lot of users to keep track of their tweet’s engagement and would help to involve in follow-up conversations quoted by a person.

Also, it is worth keeping in mind that the total retweet count seen below the tweet will include both normal retweets and quoted tweets soon. “Retweets with comments will be included in the total Retweet count very soon!”, says Twitter.

In case you’re not seeing the feature, do keep in mind that the feature has just started rolling out and it might take a while for it to show up in your device. Now that the feature has hit iOS, we could expect the company to make it available in Android and the web app in the near future. Whenever that happens, this convenient feature is much welcome for a better Twitter experience.