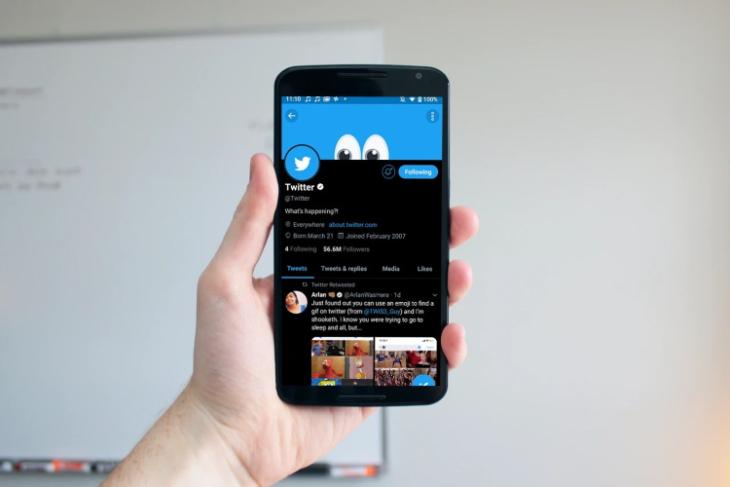 Twitter has been giving its platform a massive rework over the past few months and an AMOLED dark theme was one of the most welcoming changes. This new theme, dubbed Lights Out, sits alongside the long-available blue “Dim” theme and has been available in Twitter’s web and iOS apps for quite some time. And well, Android users have been left waiting for the dark theme – but not anymore.

Twitter has been working on implementing the “Lights Out” AMOLED black theme for a really long time. The company first revealed that development was “on track for a mid-September release” but was sadly delayed earlier last month. First reported by Android Police, Twitter is now testing the much-awaited dark theme in the newest 8.19.0 alpha build.

The “Lights Out” mode is being tested out with a select few users in the alpha and beta channels. It seems to be a server-side change that’s not available for all testers – which includes us. We are on the alpha channel, but still don’t see the option to change “dark mode appearance” on our devices. 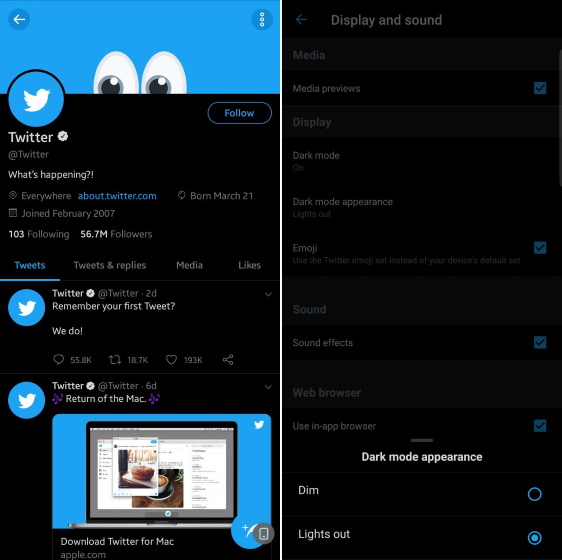 Twitter users on iOS have been enjoying the Lights Out mode for over six months and it finally seems like Android users will get this much-awaited theme in a coming update. I mean, once the company is done testing its dark theme with alpha/beta users, fixing all annoying niggles, then only will we witness a widespread rollout.

So, better late than never, Twitter’s Android app will have the ‘Lights Out’ dark theme by this year’s end and the only feature we continue to request the company would again be: An edit button!