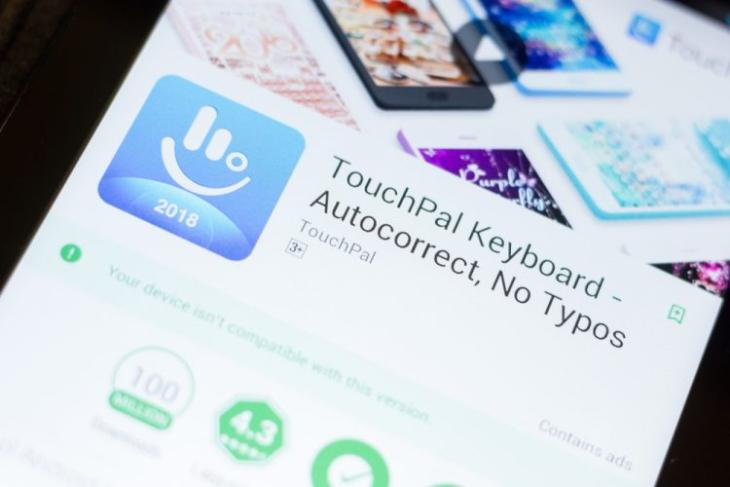 Malwares have become the biggest problem plaguing the Google Play Store and there’s been numerous reportings of how numerous adware or spyware have sneaked past its defenses to affect users. They’ve been found to be buried in popular apps, with a huge number of downloads, and Google is known to suspend apps found guilty of the same.

Well, the latest developer to be ‘temporarily’ banned by Google from the Play Store and their AdMob ad network is the popular TouchPal Keyboard creator CooTek. The company took this action based on a report that CooTek’s apps were found misusing permissions, and displaying disruptive ads on Android devices they’re installed on.

A report from Lookout, a security company, recently revealed that TouchPal and 237 of CooTek’s other apps on the Play Store were found to come baked with adware inside its code. All of its apps were alleged of using an invasive adware plugin call BeiTaAd, which pushed ads more aggressively, even when the app or smartphone wasn’t in use.

Due to the influx of ads, there have also been instances where ads rendered the device useless and users were “unable to answer calls or interact with other apps, due to the persistent and pervasive nature of the ads displayed.” The practice of flooding users with disruptive ads is a big no-no in Google’s books, thus, the company has taken all CooTek apps off the Play Store.

Google has confirmed the initial finding, which saw the developer try and hide the plugin within the APK by disguising it as a component that’s part of the app. Google has sent an official statement on the situation saying, “Our Google Play developer policies strictly prohibit malicious and deceptive behavior, as well as disruptive ads. When violations are found, we take action.”

CooTek has released an official statement saying that it’s “in continuous communication with Google to clarify the potential misunderstanding.” The removal of its apps from the Play Store doesn’t affect its existing users, says the company. It also denies allegations stating updated apps submitted by them to the Play Store were involved in malicious ad activity.

The company added that it has internally reviewed its apps and found the claims to be futile and that it “remains committed to upholding the highest standards in the industry and complying with Google Play developer policies.” But it also acknowledged that the suspension hinders its ability to attract new users and generate revenue from Google Admob.