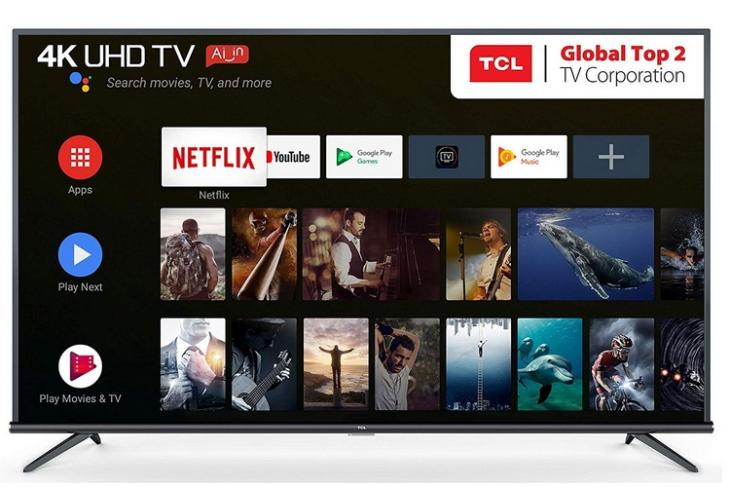 Ahead of the festive season in India, TCL has launched its new P8 Series of Android-powered smart TVs in the country. The lineup comprises of the flagship P8S range, the premium P8E series and the mainstream P8 devices, in screen sizes ranging from 43- to 65-inches. While the P8S comes in 65-inch and 55-inch variants, the P8E will be available in 65, 55, 50 and 43-inch versions. The P8 is being offered in 55, 50 and 43-inch models.

While all the TVs are powered by Android 9 Pie, the P8S models come with built-in Google Assistant and Amazon Alexa, offering AI voice interaction through the remote control with a built-in microphone. Other AI features include AI picture engine, AI sound engine and AI interconnection, said the company. All the TVs come with 4k resolution, HDR 10+, micro dimming and wide colour gamut. There is also Dolby audio and Bluetooth audio support.

In terms of hardware, the TVs are all powered with unidentified quad-core CPUs and triple-core GPUs. They also have 2GB of RAM and 16GB of internal storage. On the software side of things, the TVs come with several built-in video streaming apps, including YouTube, Netflix, Hotstar, JioCinema, Google Play Movies, YuppTV, Voot, AltBalaji and more.

Launched at relatively aggressive price points to take on Xiaomi’s Mi TVs in India, pricing for the P8 series starts at Rs. 27,990 for the 43-inch model and, goes up to Rs. 64,990 for the 65-inch P8S model. They are already available for purchase across a wide range of online and offline channels, including Amazon.