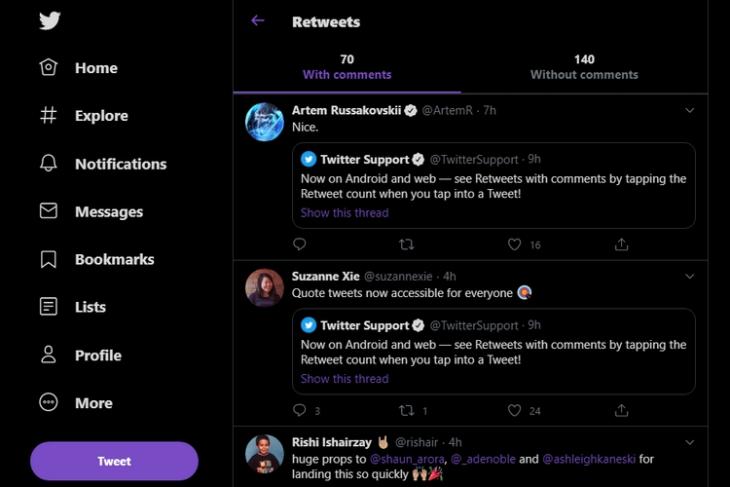 After rolling out quoted retweet counts on iOS last week, Twitter has now made the feature available on Android and the web version. Essentially, this means the feature is live across all platforms that Twitter is available on.

For the uninitiated, the feature lets you view the number of tweets with and without comments. You can access the feature by clicking or tapping on the Retweets button. With this feature, users no longer need to depend on third-party services to view quoted replies to their tweets.

Now on Android and web –– see Retweets with comments by tapping the Retweet count when you tap into a Tweet!

As mentioned above, quoted retweet counts are now rolling out widely on Twitter’s Android app and the web. The feature is live for me on both of the platforms, as you can see in the featured image and the image below.

That said, in case you’re not seeing the feature, you should hopefully be getting it in the coming weeks. Also, you should try updating the app to the latest version available on the Play Store.