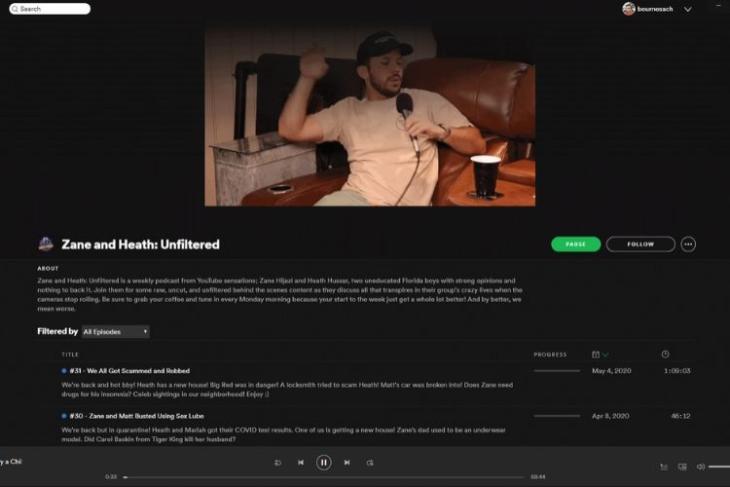 Podcasts are an essential category for Spotify’s growth ahead. The company already has multiple acquisitions and local projects under its belt. Now, the streaming giant aims to try a hand at the video space with podcasts. If you’re a fan of Joe Rogan, it is most likely that you head to YouTube to enjoy his podcasts. Well, Spotify is testing video podcasts on its platform – both mobile and desktop – in an attempt to rival YouTube.

A source close to the development tells The Verge that Spotify is now allowing podcast creators to upload their recorded video, along with the audio podcast. The caveat being that the video podcast will only show up for 50% of the show’s listeners at the moment. Spotify intends to widely roll out this feature to all podcasters and listeners in the near future.

Currently, the video podcast feature is being tested with two YouTube stars, namely Zane Hijazi and Heath Hussar. They host a podcast called Zane and Heath: Unfiltered and already have three video podcasts (episode 28 to 30) up on Spotify. I was lucky enough to be among the 50% of the users who got access to this feature and you can see it in action in the screenshot below. 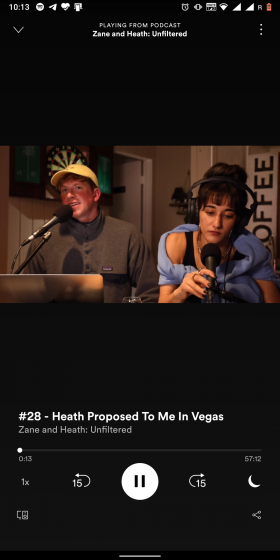 The Verge says that there’s no way for the listener to know whether an episode is an audio or video version right now. It is only after you play the episode that you will see the video load in the minimized player at the bottom. You can tap it to go to the ‘Now Playing’ screen. I was unable to find a ‘fullscreen’ option, which would come in much handy, in the mobile app but it was present in the desktop app.

Also, the podcast episodes with video support background playback. This means you can lock the phone’s screen and continue to listen to your favorite creators. Spotify is trying to push podcasts to the forefront and videos, if they show up in Google Search, can turn out to be the much-needed boost.

Spotify was wary to comment on the feature test but this isn’t the first time the company has ventured into the video category. We already have short looping videos on the ‘Now Playing’ screen called Canvas but many of you turn it off, don’t you? At least I did right away. But, I’m excited to see Spotify testing video podcasts on the platform.