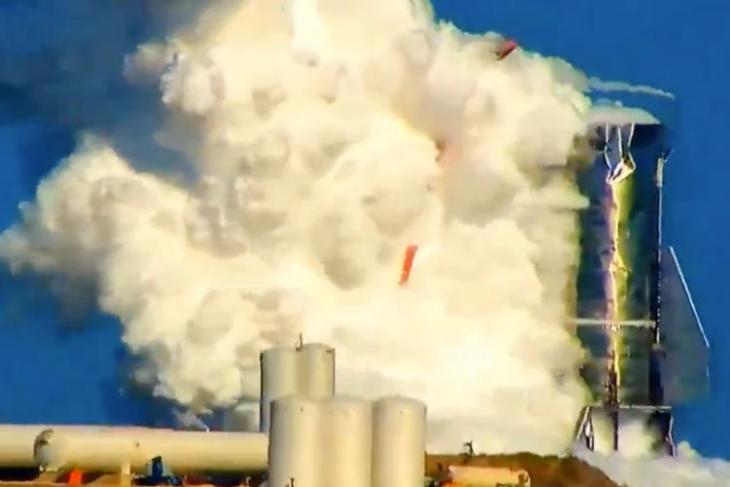 SpaceX has been running a bunch of tests on its Starship rocket, and in the latest one, the prototype of Starship that the company was testing, partially burst during the test.

The company was conducting the testing at its Boca Chica compound in Texas, and according to reports, the explosion happened while the company was running pressure tests on the prototype.

In a statement about the explosion, SpaceX said to The Verge, “The purpose of today’s test was to pressurize systems to the max, so the outcome was not completely unexpected”. The company also mentioned “There were no injuries, nor is this a serious setback.”

The prototype was being used by SpaceX to test various systems aboard Starship in order to ensure its flight preparedness. This setback will most likely push SpaceX’s deadlines further. Elon Musk had earlier claimed that Starship might be doing low-altitude flights in a couple of months, and could reach earth orbit within six months. However, he has since said on Twitter that the flight design is quite different from the prototype, which means the company may no longer fly this model, and replace it with the new design that it’s been working on.

We’ll have to wait and watch how SpaceX works on the Starship in the coming months, and hopefully future tests with the rocket will go well.