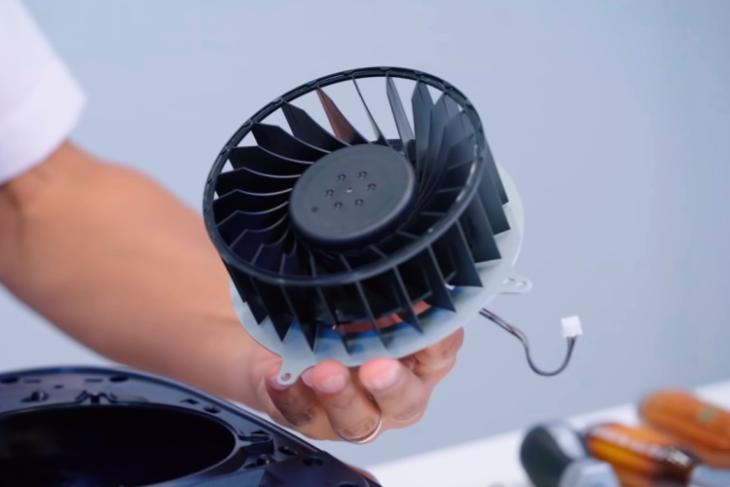 Sony PlayStation 5 release is now less than a month away. We have already learned all of its internal specifications, seen a teardown video, and have gotten a first look at the new UI that users will get with this new console. Well, Sony still has surprises hidden under its sleeves, the latest being that Ps5 cooling fan speeds and performance will be optimized via future software updates.

In the teardown video, if you remember, Sony engineering director, Yasuhiro Ootori, gave us a close look at the massive cooling fan inside the PS5. It is a 120mm-wide and 45mm-thick cooling fan and is said to be the key reasons for the console’s chunky design.

The cooling fan is an essential component though and as per a recent interview with Japanese gaming outlet 4Gamer, Ootori reveals that Sony will optimize the PS5 fan performance and speed via future software updates. The fan will be controlled by the Accelerated Processing Unit (APU), which is a custom chip that powers the PS5.

Ootori further reveals that the company will gather game data for each new title you run on your PS5. The fan will be optimized on a per-game basis, thanks to the three temperature sensors that are placed on the console’s main board. This is in addition to the one temperature sensor that’s mounted inside the APU.

What does this mean for PS5 gamers? Well, if a game continues to burden the console hardware and constantly runs under heavy load then Sony could use the collected APU data to increase fan rotation speed, at the expense of quietness, to offer users smooth gaming experiences.

So yeah, if you are eager to get your hands on the console, Sony recently shared the official India prices of the PS5 but we are still in the dark about a release date.