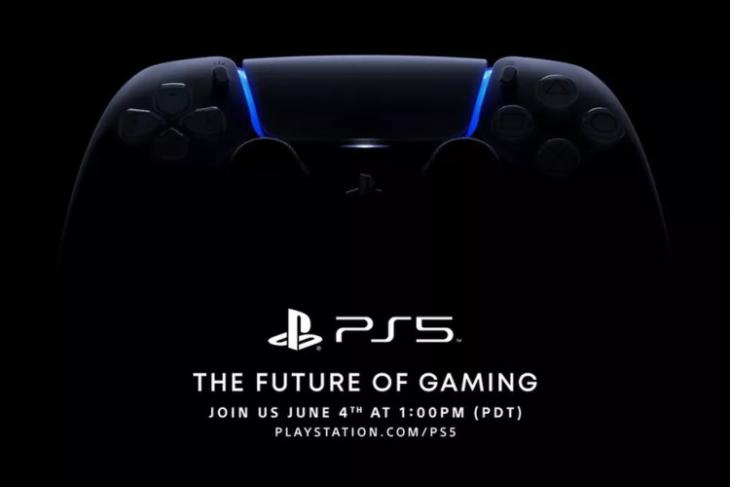 In line with the rumors, Sony has confirmed today that it will hold its next PlayStation 5 (better known as PS5) event on 4th June. With E3 being canceled, brands are taking it upon themselves to introduce new products to users. Sony is not holding a physical event due to the ongoing pandemic and will present a look into the ‘future of gaming’ on the PS5 via a live stream next week.

The official announcement says, “There are few things as exciting as the launch of a new console. While this road to launch has been a bit…different, we are as thrilled as ever to bring you with us on this journey to redefine the future of videogames.” Sony further adds, “What is a launch without games?”

So yeah, we will see Sony take the wraps off a myriad of PS5-exclusive games at the 4th June event next week. Rumors suggest that launch titles for the PS5 will include Watch Dogs Legion (which was delayed earlier this year), Godfall, and yearly upgrades such as FIFA 21 and Battlefield. An untitled Harry Potter RPG could also be an exclusive at launch.

Join us Thursday, June 4 at 1:00pm Pacific time for a look at the future of gaming on PlayStation 5: https://t.co/Yr8fafcOVd #PS5 pic.twitter.com/F0yBbDmOtC

The company appears to be taking a route different from Microsoft, who just recently said Xbox Series X will support a slew of older Xbox One and Xbox 360 games. It will even add 120 FPS and HDR support to thousands of games at launch, which is great. The PS5 (or PlayStation 5) has been shrouded in mystery for way too long and it’s still unclear whether Sony will show off its console at the event next week.

Sony has already shared with us the PS5 logo, new DualSense wireless controller, and hardware specs of its upcoming console. It features a custom AMD CPU based on the Zen 2 architecture and clocked at up to 3.5GHz, RDNA 2-based GPU with 36 compute units clocked at 2.23GHz, 825GB SSD storage, and support for M.2 SSDs for storage expansion.

Sony has revealed that “The Future of Gaming” event will be an hour-long affair and kick-off at 1:00 PM PDT (1:30 AM IST). So, return back next week for a first look at some amazing new game titles.