Sony’s press conference at CES 2020 earlier today had us hoping for at least a video showing off the design of the PlayStation 5, but that didn’t happen; instead we got to see a new electric concept car from the company. The closest we got to hearing anything about the upcoming console from the Japanese giant was the reveal of the PS5 logo, and spoiler alert, there are no surprises there.

The PlayStation 5 logo revealed by Sony is almost exactly the same logo as we’ve seen with PlayStation 4. It uses the same font and just swaps out “4” for “5”. While the company didn’t talk much about the PS5 other than the logo itself, it did give out some sales numbers for the PS4 and the company’s virtual reality gaming solution — PSVR. 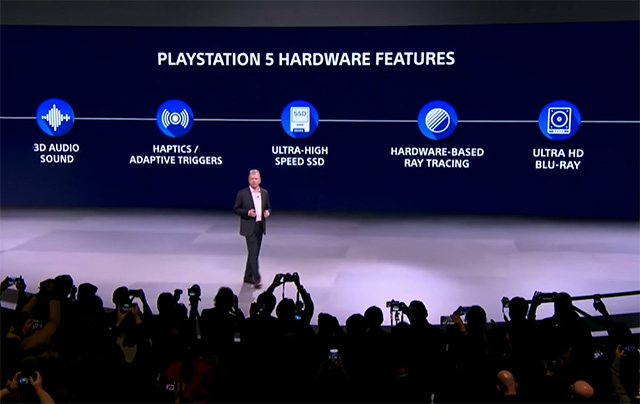 Coming back to the PlayStation 5 though, Sony may be keeping its console under wraps even though Microsoft showed off the design of the Xbox Series X at The Game Awards, but we have been hearing some information around the upcoming console from the Japanese giant.

Sony said at its CES 2020 presentation that the PS5 will come with 8K graphics, ray tracing capabilities, SSDs for faster speeds, and will also be backwards compatible with the PlayStation 4, all of which is great. We’re also expecting to see a custom AMD chip inside the PS5, along with a custom AMD GPU.

The PlayStation 5 is expected to launch later this year, but we are hoping to hear more details and hopefully get a proper unveil at E3 2020 in June this year.