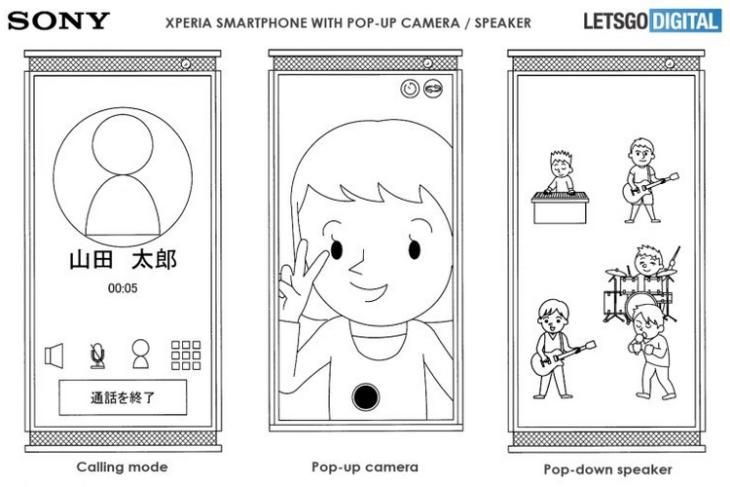 While we have seen several smartphones with pop-up selfie cameras, Sony has reportedly filed a patent for a smartphone with pop-up camera and speakers.

According to the patent spotted by LetsGoDigital, the handset will have three modes namely Standard mode, Pop-up mode, and Pop-down mode. As the name suggests, the camera pops up from the phone when needed and the same goes for speakers at the bottom. The top portion accommodating the camera sensor also has a speaker unit.

The device shown in the patent appears to feature minimal bezels with flat sharp edges. The patent was apparently filed at the end of 2018, got approved & published in the WIPO (World Intellectual Property Office) database a few days back.

LetsGoDigital points out that the pop-up and pop-down sliders change their position based on the audio source. For instance, if you’re playing a video and the source moves towards the right of the screen, the speaker corresponding to it will expand further. It remains unclear if this feature would have a benefit in real-world scenarios.

That said, do keep in mind that we can’t really be sure if Sony is actually working on a device with such a pop-up and pop-down mechanism. For what it’s worth, this appears to be a refreshed take in an industry of identical smartphones.

Even if Sony manages to make a phone with such unusual hardware, the durability and practical usage remain questionable for now. So, will you consider buying a phone with a pop-up camera and pop-down speaker? Let us know in the comments section below.