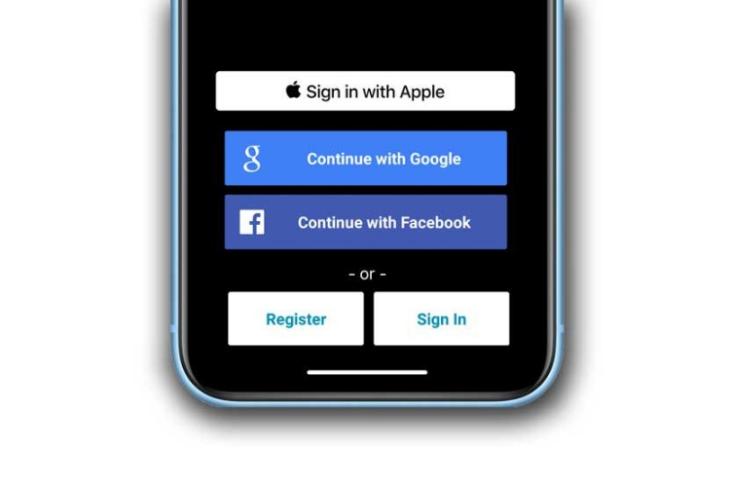 Apple’s increased focus on privacy and security has given birth to the “Sign in with Apple” feature, which was first announced at WWDC 2019 earlier this year. This feature enables users to log into new apps and services using an Apple ID, simplifying the signup process down to just the click of a button.

Well, Apple may be proud of this feature, but Blix, the maker of an email client Blue Mail alleges that the Cupertino giant infringes on its patents. It has filed a lawsuit against the company with the U.S. District Court for the District of Delaware, saying that Apple stole the mail app’s “Share Email” feature and integrated it with the new “Sign in with Apple” feature.

One of the key highlights of Apple’s feature is that it allows users to hide their real email address from online services during authentication. Instead, this feature presents these services with a unique email address – generated specifically for that app or web service. All correspondence is then forwarded to your private email address, keeping your privacy and identity intact.

Blue Mail’s developer says that they had patented this technology back in 2017 under its ‘Share Email’ feature, which enables anonymized public messaging by enabling a user to share a public address without revealing the true email address. Apple allegedly infringes on this patent, says Blix.

Apart from accusing Apple of patent infringement, Blix claims that Apple was artificially suppressing Blue Mail from appearing higher in search results – as outed by a New York Times report last month. The Cupertino giant has since fixed the search algorithm, such that Blue Mail has jumped from 143 to 13 in search results.

Also, if you remember, Blue Mail was removed from the Mac App Store for being a spam app that duplicated another app’s content i.e. TypeApp a couple weeks prior to “Sign in with Apple” launch. Blix, however, says that TypeApp was voluntarily removed from App Store weeks prior to Blue Mail’s launch and Apple’s claims are false and promote illegal monopolization. The developer demands injunction, damages, and legal fees under the lawsuit.