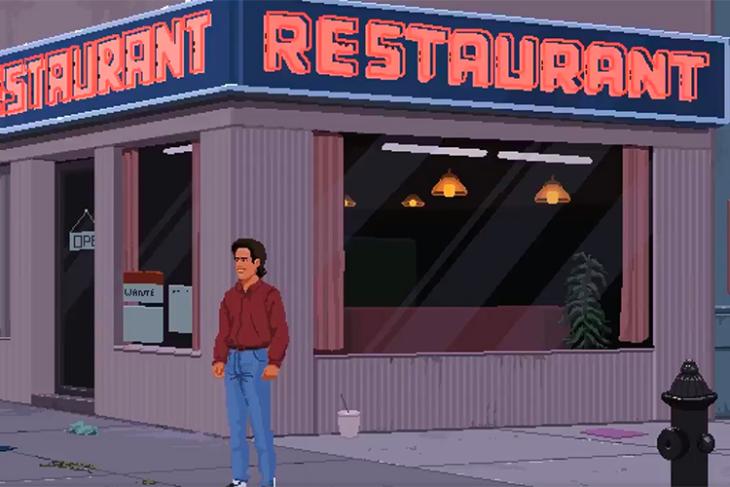 You can’t be a sitcom person and not have seen Seinfeld. The hit show, starring stand-up comic Jerry Seinfeld, boasted a 10-year-long run and was very popular beginning in the early ’90s. But it wasn’t just about the titular lead, who played himself, but also his interactions and antics with the main characters – George Costanza (Jason Alexander), Elaine Benes (Julia Louis-Dreyfus) and of course, the legendary Kramer (Michael Richards). Undoubtedly it is one of the most original and funniest comedies of all time, with fans paying tribute in every possible way.

So when Australian indie game developer Jacob Janerka wanted to do his bit, he decided to build a game based on Seinfeld, from the first glimpse, it looks every bit as promising as the show.

I made a quick compilation of a few bits from my Seinfeld adventure game side project 😀 #gamedev #pixelart #screenshotsaturday pic.twitter.com/a0cxPVZkb6

The game is a point-and-click adventure that features the major characters, recreated beautifully in a ’90s pixel-art style that is truly reminiscent of a LucasArts game from that era. The characters, especially George and Jerry themselves, along with Kramer and Elaine, have all been faithfully created, and look amazing.

Forgot about the whole twitter broken frame thing. Here is the frames repeated so it makes the full spin. #pixelart pic.twitter.com/zcy7oiPyqr

Janerka shows some of the game’s characters and environments on his Twitter account, but has said that he’s looking for a good premise to actually build and release the demo. But from what we see the game definitely looks good, and stays true to the ’90s ethos.

Been getting a lot of questions about the Seinfeld Project recently. A: I'm waiting till I have a good idea for a premise for a short demo. Anyway here is a slightly updated compilation. pic.twitter.com/fyiUUZPWgw

For anyone still worried about this being an indie project, Janerka has enough experience in game development to make this come to life in a well-defined format. His previous work, an indie game called ‘Paradigm’ was rated an impressive 8/10 by IGN.

While the developer has not given away too many details regarding the Seinfeld adventure game or a timeline – let alone the platforms – it will be available on, count us in on following the journey. We’ll update when we hear more.