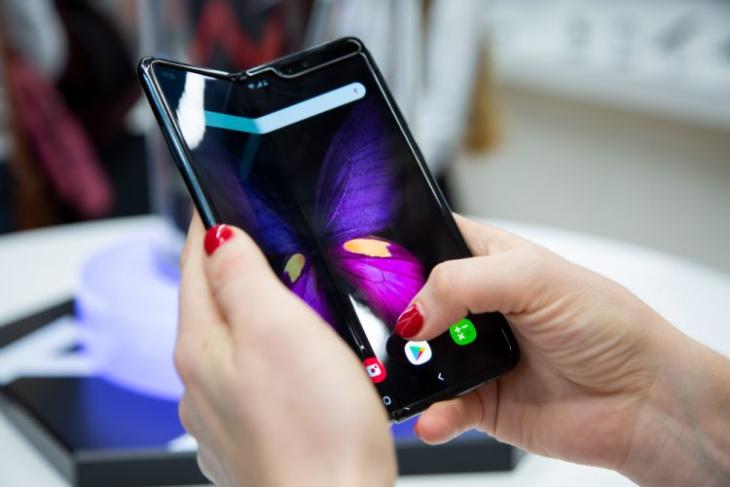 Samsung may have had to jump through some hoops prior to the launch of its first foldable smartphone, the Galaxy Fold, earlier this year, but they’re now selling out like hotcakes. Everyone wants to either try out or get their hands on this foldable phone, so here’s the good news – Samsung is launching its second foldable phone later this month.

The launch date for Samsung W20 5G has been confirmed by the official invite, which is attached below and was shared by China Telecom on Weibo. The device render shown in the teaser below does give us some hints as to what we could expect from the Samsung W20 5G phone.

One of the first things that I noticed what the design, which resembles the Galaxy Fold, and side-mounted fingerprint sensor. The Korean giant is offering an inward-folding (or outward-opening) foldable design, most likely with an updated hinge design, improved cameras, and slim bezels on the inside. I would love to see a punch-hole design for the folding screen instead of the weird bezel on one top edge.

Though the render doesn’t reveal the hinge design, we hope Samsung uses some of its learnings from the Galaxy Fold to improve on this front. We currently have no concrete information on W20 5G’s specs, but since it will support 5G connectivity, we expect the device to be powered by the Korean giant’s in-house Exynos 990 chipset, which comes integrated with a 5G modem onboard.

Samsung W20 5G is launching merely a week after the much-awaited Motorola Razr foldable phone, which will feature a clamshell design and build on the legacy of the company’s RAZR lineup. So, are you excited to check out another foldable phone? Let us know your thoughts in the comments down below.