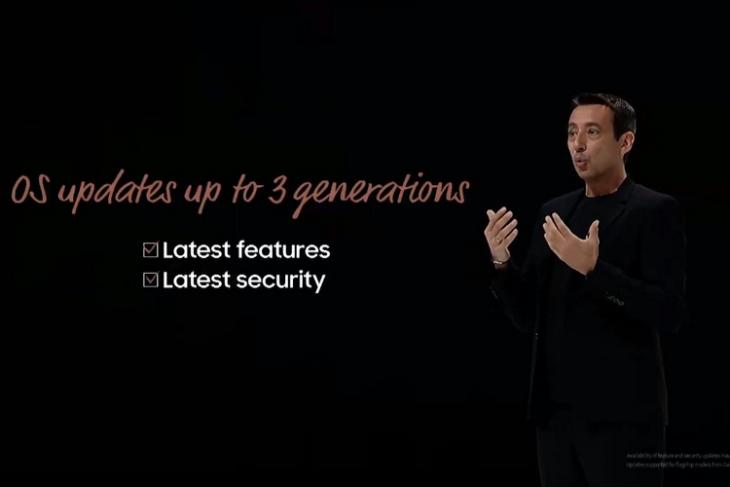 At its ‘Unpacked’ event last night, Samsung announced that it will be rolling out updates for “up to three device generations”. While most people translated that to mean three-years of Android updates, the language used by the company left some room for speculation. However, a Samsung spokesperson has since clarified to Android Police that the company is, indeed, committing to three years of Android updates for at least some of its smartphones and tablets.

It is worth noting that the promise is only valid on flagship devices. On-screen fine print during the event also confirmed that the 3-year update promise is only applicable to the Galaxy S10 and newer flagship phones. According to Samsung: “Availability of feature and security updates may vary by device and country. Update supported for flagship models from Galaxy S10 (Android 9) or later”.

What that means in essence, is that last year’s Galaxy S10- and Note 10-series, both of which shipped with Android 9 Pie, will be updated to Android 12 in due course. Meanwhile, this year’s Galaxy S20- and Note 20-series will get up to Android 13. It will be interesting to see if the commitment will also apply to Samsung’s flagship tablets or if it only relates to its smartphones. It will also be interesting to see if Samsung’s new mantra applies to the folding devices, including the Galaxy Fold, Z Flip and Z Fold 2. Although, logic dictates that it should, since it doesn’t get more flagship than a foldable phone right now.

The latest initiative by Samsung is certainly a step in the right direction, and should help people retain their flagship smartphones longer. One would hope that going forward, the company would also clarify its stance on updating its lower-priced models.