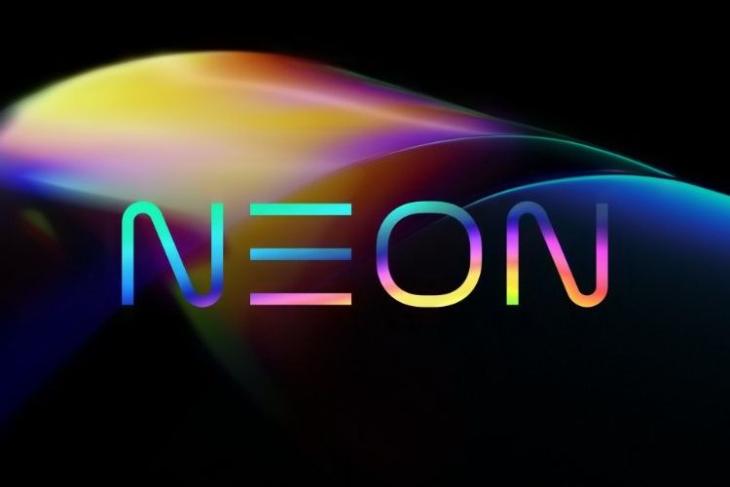 Samsung is working on an ambitious ‘artificial human’ project dubbed Neon under its STAR Labs subsidiary. The company has been teasing the project, creating more mystery than answering questions, on social media for a few weeks now. However, we’ve recently received a first look at what Neon will be and will get an in-depth glimpse of the future at CES 2020 tomorrow.

Samsung’s Neon project is led by Pranav Mistry, who’s well-known as a human-computer interaction researcher and the CEO of STAR Labs. He took to Twitter over the weekend to share the first look at Neon, a digital avatar that may one day become the smartphone or PC companion we’ve been waiting for.

Mistry tweeted out the image of one of Neon’s avatars (there are possibly 4 digital avatars right now, as per an official promo leak), along with the caption – “Flying to CES tomorrow, and the code is finally working 🙂 Ready to demo CORE R3. It can now autonomously create new expressions, new movements, new dialog (even in Hindi), completely different from the original captured data.”

Core R3 is the technology that forms the basis of the Neon project and is an abbreviation for ‘Reality. Realtime. Responsive,” as revealed in one of the recent teasers on Twitter. It means the digital avatars (which have been created based on actual humans but interact based on AI and machine learning algorithms backing them) will look real and respond in real-time based on the user’s queries.

In addition, unlisted videos extracted from the source code of Neon’s official website give us a look at some other digital avatars. The avatars, first shown off on Reddit, look pretty life-like and don’t seem digital renders at all. It would be interesting to see how Samsung managed to create these avatars with like-like actions and emotions. But, I’m sure Neon hits close heart for Black Mirror fans who have seen something equally bizarre (and even more futuristic) in one of the episodes.

Samsung will talk about this Bixby upgrade, or possibly a totally different digital assistant on Tuesday during its keynote presentation. So, stay tuned for more information on Neon, how it came to be, and what it hopes to achieve down the road. We too are super excited to check out this project and will try to bring you on-ground live coverage of the artificial humans.