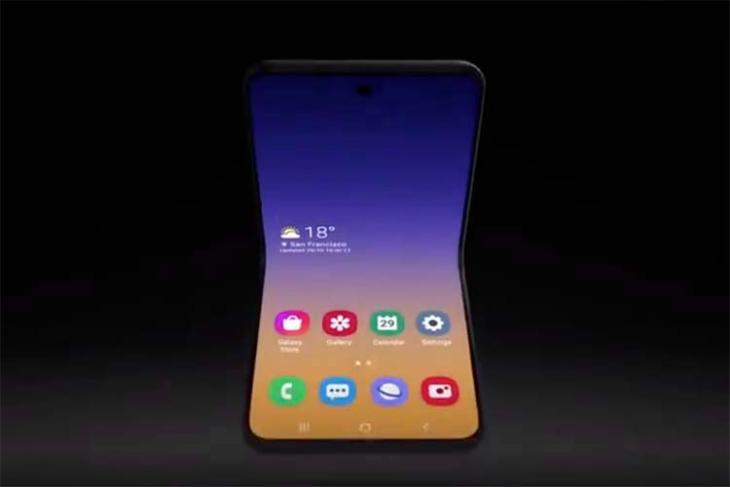 Samsung’s Galaxy Fold may have narrowly averted becoming a debacle as big as the Galaxy Note 7, thanks to the fact that flaws were discovered before the phone went on sale to the public, forcing the company to delay the phone’s launch, but the company isn’t shying away from its folding technology. If anything, it looks like the South Korean giant is going to push even harder to get more folding phones out the gate in the coming time.

In its video, the company showed off the Galaxy Fold, and claimed that it was going “from the Galaxy Fold to an innovative new form factor”. Except that the form factor it shows off in the video isn’t new by any means. It’s basically a flip phone with a folding screen, which is basically what everyone is expecting Motorola to launch later next month.

That argument aside, it’s reassuring to see Samsung trying new things with its foldable panels, and with the Galaxy Fold out in the world and selling like hot cakes, apparently, it feels safe to say the company won’t be repeating its mistakes with this new and innovative form factor that it’s talking about in the Twitter video. We’ll just have to wait and see.

Galaxy Fold up for VIP Pre-Order in Korea; Expect Relaunch on Sept 27