Skip to content
Home News Samsung Galaxy Tab S7 Lite 5G to Arrive in June; Here Is Your First Look at the Device 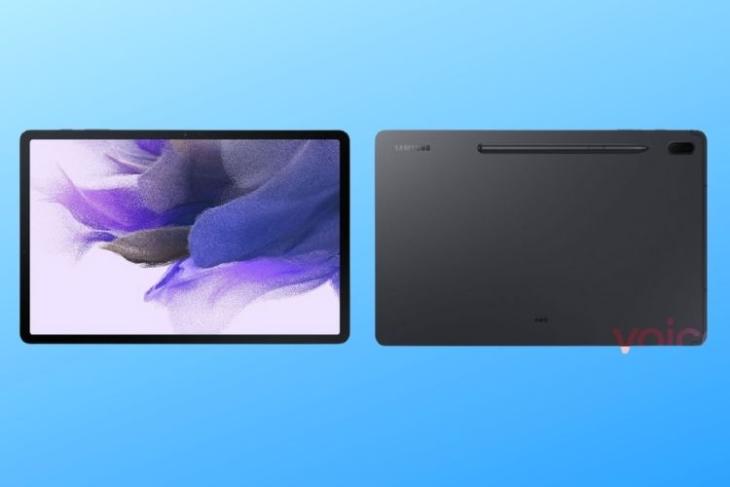 Samsung unveiled the Galaxy Tab S7 and Tab S7+ alongside the Galaxy Note 20 series last year to compete against Apple’s popular iPad Pro series. Now, the Korean giant is looking to refresh the lineup with the launch of a new Tab S7 Lite 5G variant over the coming days. Courtesy of one of the most reliable tipsters, Evan Blass, here is the first look at the upcoming Galaxy Tab S7 Lite.

The digital renders of the Galaxy Tab S7 Lite 5G (via Voice/evleaks) show the tablet from various angles. It comes with a similar design as its older siblings. 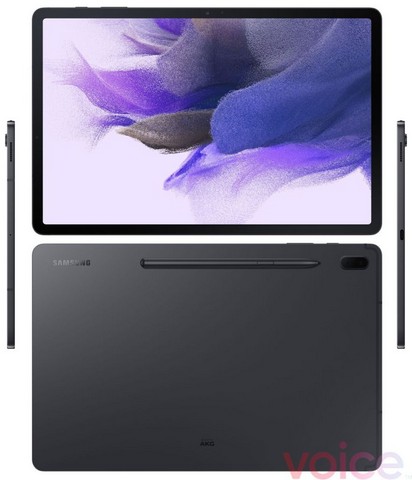 The Galaxy Tab S7 Lite 5G will be an affordable variant under the Tab S7 lineup. At the front, there is an almost bezel-less display along with a front camera. As per earlier leaks, it is expected to pack a 12.6-inch LCD panel. On its right edge, there is the physical power button and the volume rockers, and at the bottom, we can see a USB-C port and the speaker grills.

Turning our attention to the rear, there is a dedicated magnetic area to house and charge the S Pen stylus. There is also a dual-camera setup at the top-left corner. Moreover, there is a Samsung logo and an AKG logo imprinted at the back.

Coming to the internals, nothing is confirmed about it as of now. However, as per earlier leaks, the Tab S7 Lite 5G might come with the Qualcomm Snapdragon 750G SoC and is speculated to pack 4GB of RAM.

Apart from this, another leak on Twitter shows off the product images of the Tab S7 Lite and Tab A7 Lite. The latter will an affordable variant of Galaxy Tab A7 that the company launched earlier last year. It will boast a slim metal body, an 8.7-inch display (but with huge top and bottom bezels), a single rear camera, and more. 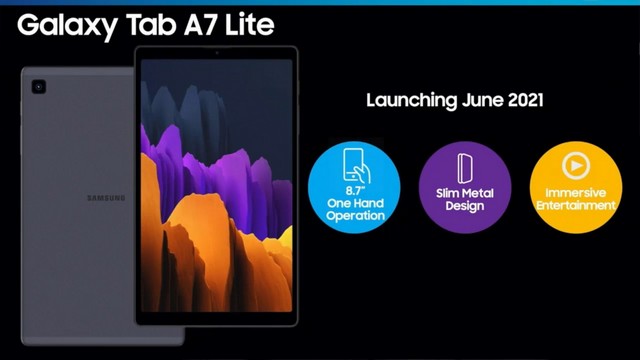 As for the prices, all we know is that the Galaxy Tab S7 Lite and the Galaxy Tab A7 Lite are going to be affordable variants. We expect to learn more information about their prices in the coming days.

Both the devices, as per the product images, are set to launch sometime in June 2021. However, as per reports, Samsung might give a small glimpse of the upcoming Galaxy tablets at its next Unpacked event, which is scheduled for April 28.