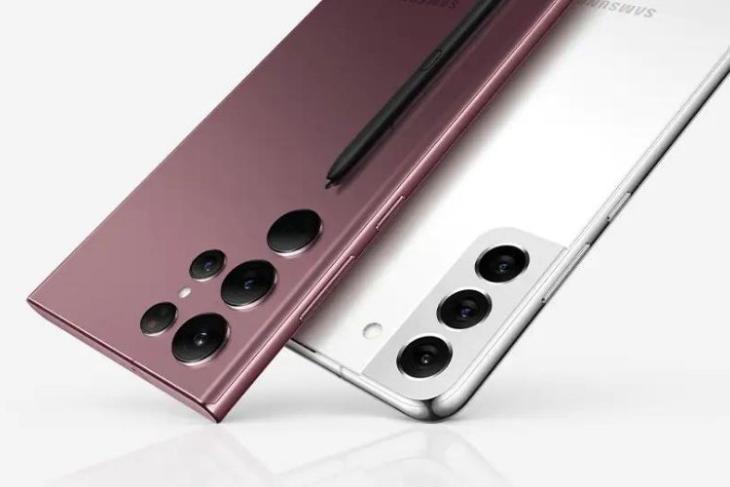 Samsung will introduce the Galaxy S22 lineup to the Indian users, as well as reveal its prices and offers during an official launch virtual event, scheduled for 12:30 pm tomorrow. The event can be live-streamed via the company’s social media platforms such as Twitter, YouTube, and Facebook.

Meanwhile, the devices are still up for pre-order in India. So, if you are interested, you can pay a token amount of Rs 1,999, pre-book any of the Galaxy S22 phones, and also get a SmartTag worth Rs 2,699 for free.

To recall, the Galaxy S22 series comes with a Super AMOLED 2X display, improved cameras, and other enhancements. These phones are partially made up of recycled fishing nets as part of the company’s contribution towards a sustainable environment. All S22 models will be powered by the latest Snapdragon 8 Gen 1 mobile platform in India, as confirmed recently, and come with a promise of up to 4 years of major software updates.

Starting with the S22 Ultra, it is the eldest of them all and comes with an integrated S Pen support, thanks to the merger of both the Galaxy S and Note series. It comes with a big 6.8-inch QHD+ display with a 120Hz refresh rate. It comes with up to 12GB of RAM and 1TB of storage. The smartphone has 108MP quad rear cameras with various improved camera features, the Exper RAW app, and more. It is backed by a 5,000mAh battery with 45W fast charging, runs Android 12, and offers loads more. Learn how the Galaxy S22 Ultra compares to the Galaxy S21 Ultra right here.