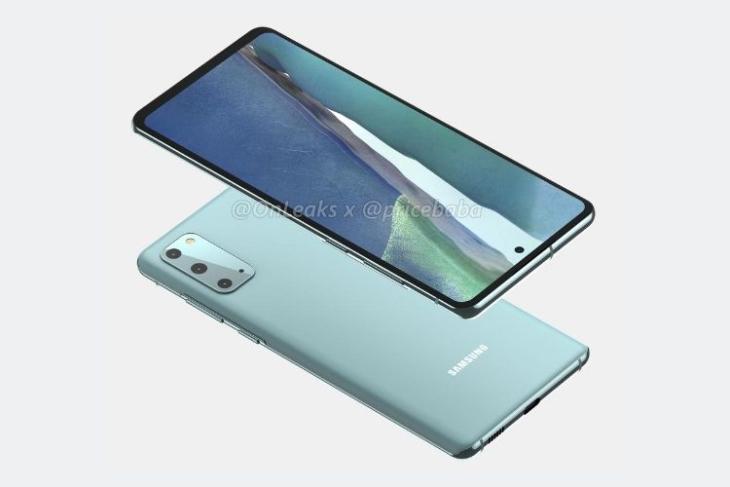 Samsung is rumored to have been working on a Fan Edition variant of its Galaxy S20 flagship smartphone for a long time. It is in the same vein as the Galaxy S10 Lite and Note 10 Lite from last year. The Korean giant appears to be going for a rebrand to add more value or appeal to this affordable smartphone. It will follow the Galaxy S20+ BTS Edition to add to the growing Galaxy S20 lineup.

Thanks to reliable tipster OnLeaks and Pricebaba, we have got our first look at Galaxy S20 FE 5G renders over the weekend. It closely resembles the standard Galaxy S20 in terms of both design and internals. But, Samsung will surely switch out the premium glass back for a frosted plastic back panel – similar to the Galaxy Note 20.

As seen in the render below, the triple camera cutout will now be painted in the same color as the rear panel. It is no longer a pitch-black cutout. You will most likely find a camera setup really similar to the standard Galaxy S20 onboard as well. It includes a 12MP Sony IMX555 primary sensor (via @UniverseIce), a 12MP ultra-wide camera, and a telephoto camera. 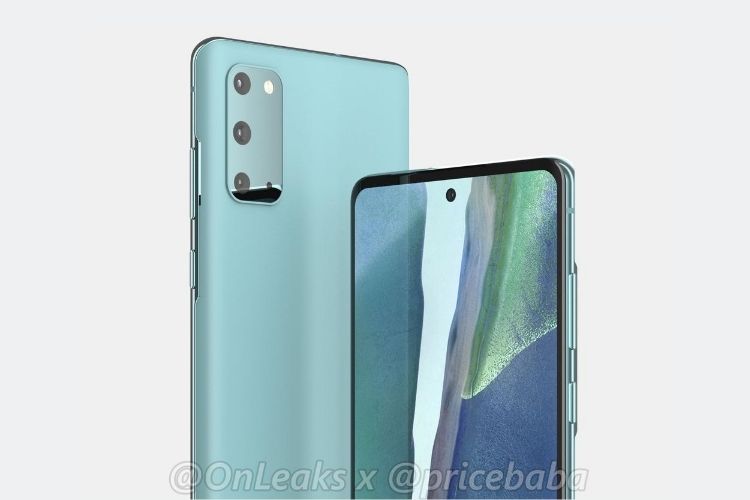 Turning our attention to the front, the Galaxy S20 FE 5G will feature a flat display with minor curves at both edges. It is rumored to be around 6.4- to 6.5-inch diagonally and house a centered punch-hole selfie camera. Samsung will have to cut some corners to lower the price, so you might have to say goodbye to the QHD+ resolution and 120Hz refresh rate.

Samsung will not serve many compromises under the hood. The Galaxy S20 FE 5G will be powered by the Snapdragon 865 chipset – the same as its flagship sibling. It will also pack the Snapdragon X55 modem for 5G connectivity. But, you can expect to find lesser RAM and storage onboard, which is okay. There will be an in-display fingerprint sensor onboard but the 3.5mm headphone jack will be missing in action.

Finally, the report says that you will find a 4,500mAh battery onboard. It will be paired with 25W fast wired charging but we can expect wireless charging to not be present on this affordable S20 flagship.

If the Galaxy S20 Fan Edition is priced along the same lines as last year’s Galaxy S10 Lite, then Samsung will be ripping into its own flagship lineups. This time it will not only be the S20 lineup though but the underwhelming Galaxy Note 20 as well. What are your expectations for this smartphone? Let us know in the comments below.