Samsung Galaxy Note created a whole new niche of smart devices that were neither small enough to be categorized as smartphones, nor big enough to be labeled as tablets devices. Galaxy Note came to be called as a ‘Phablet’. As an innovative device, Galaxy Note was hugely successful. With this, 5 inch devices started spouting, and the Phablet segment started crowding.

Back in October, Samsung released the next iteration, Galaxy Note II. The device has received some notable upgrades in design and hardware. It remains to be seen how things work out for it in the long run. Though not as grand as Galaxy Note, but LG’s Optimus Vu has seen success too. With Optimus Vu 2, LG has mounted a direct Phablet rivalry against Samsung.

Both of the Korean companies have many expectations riding on their latest versions of successful Phablets. The Galaxy Note 2 price in India is around INR 35,000 while the Vu 2 has yet to be released in India but its price as well will be above the INR 30,000 mark. With specs and features so close to each other, these devices almost scream for a comparison.

Note II’s design is visibly inspired from Galaxy SIII. The corners are curvier for this edition. Optimus Vu 2 is thinner than its predecessor, but otherwise looks similar. In terms of dimension, Vu 2 and Note II follow different ergonomics. While Vu 2 is shorter and wider, Note II is taller and narrower. With a narrower frame, Note II is certainly more comfortable to hold with one hand. At 8.5 mm and a weight of 168 g, Optimus Vu 2 is about a millimeter thinner and 20 g lighter than Note II’s 9.4 mm thick and 180 g chassis.

Galaxy Note II has a 5.5 inch Super AMOLED touchscreen as compared to Optimus Vu 2’s 5-inch XGA IPS LCD display panel. Vu 2’s display has a resolution of 1024-by-768 pixels, whereas Note II has 1280-by-720. Both have nearly same pixel densities with 267 ppi for Note II and 258 ppi for Vu 2. The most notable difference between Note II and Vu 2 displays is probably their aspect ratios. Vu 2 has an awkward 4:3 aspect ratio while Note II has an aspect ratio of 16:9. There seems to be no reason why LG preferred to make a Phablet with such an old-fashion aspect ratio. Apart from the size, Note II has an edge on Vu 2 in terms of display quality as well as ergonomics as most of the games and applications are not optimized for the weird resolution of the Optimus V2 3. With a slightly higher pixel density and AMOLED tech, Note II has a sharper and brighter display. In terms of input, both have styluses. Vu 2 has Rubberdium Pen 2.0 which can be used for drawings, jotting notes and annotating documents. Note II comes with the improved S Pen, which has enhanced input integration and rubberized tip which makes taking notes feel like traditional pen-paper affair.

Optimus Vu 2 is powered by dual-core Qualcomm MSM8960 processor with a clock speed of 1.5 GHz and Adreno 225 for graphics processing. Note II is equally powerful on the CPU side with Samsung Exynos 4412 Quad while the ARM Mali-400 quad core GPU is substantially powerful than the one in the Vu 2. Though the Vu 2’s Qualcomm MSM8960 has an improved design than the Nvidia Tegra 3 used in Vu, it is still it falls short against Note II’s quad core processor.

Note II comes in three versions – 16 GB, 32 GB and 64 GB along with micro SD support expandable up to 32 GB. Vu 2 comes with 16 GB internal memory, expandable with micro SD up to 32 GB. Both phones have 2 GB of RAM. In terms of memory and storage, there’s hardly any difference between the two Phablets.

Vu 2 comes with Android 4.0 ICS while Note II has Android 4.1 Jelly Bean. There are few devices in the market which run Jelly Bean, and that gives Note II a great advantage over Vu 2. Thanks to the Butter Project, Jelly Bean is way more fluid than ICS. Add to that, Samsung’s TouchWiz UI, and you have a Phablet in which makes multitasking fun. Android ICS is great, but Vu 2 certainly loses quite a few points for not having Jelly Bean, especially, Google Now which is a great passive personal assistant.

Both of the devices have an 8 MP rear camera with LED Flash. As far as camera features are concerned, Note II As far as video recording goes, both are tied with the capability to capture 1080p full HD videos at 30 fps.  But overall, the image and video quality captured by the Note 2 is much better when compared to the ones by the Vu 2. Note has a lot of bells and whistles in terms of additional camera features such as HDR, Face Tagging and sharing. Both have front facing cameras, with 1.9 MP for Note II and 1.3 MP for Vu 2. Overall the Note 2 bas better cameras; both back and front and wins it against the Optimus Vu 2.

Both of the phones have NFC, Wi Fi and Bluetooth 4.0. As for data technology, both support LTE. Both have HDMI support via micro USB, DLNA, MHL and computer sync. It’s clear that there’s nothing much to compare between these in this category. But the S-Beam in the Note 2 can be used to send files such as images and videos with other Samsung phones with the same feature.

Note II houses a behemoth of battery– 3100 mAh which will easily pull you through the day. Vu 2’s 2150 mAh battery doesn’t even stand for comparison. In terms of extensive usage, Note II would prove a better companion and it is a phone with one of the best smartphone for battery endurance after Droid RAZR HD Maxx and Apple iPhone 5.

When you see that the two phones have the same pricing, and have same features in many of the categories, making a choice can be a little dicey. However, there are three vital areas such as screen, battery life and camera performance in which Samsung Galaxy Note II is better than LG Optimus Vu 2. The aspect ratio of 4:3 is another impeding factor which renders applications and games looking weird and leaving ergonomics in the dust as it makes holding difficult. All in all, Galaxy Note II will most probably repeat what Galaxy Note did to Optimus Vu – A wash out.

Samsung Galaxy Note created a whole new niche of smart devices that were neither small enough to be categorized as smartphones, nor big enough to be labeled as tablets devices. Galaxy Note came to be called as a ‘Phablet’. As an innovative device, Galaxy Note was hugely successful. With this, 5 inch devices started spouting, and the Phablet segment started crowding. 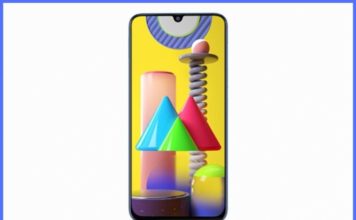 We have been hearing rumors about Samsung's plans to launch a new budget camera-centric Galaxy F-series to join the existing Galaxy M- and A-series...
Anmol Sachdeva - Sep 19, 2020 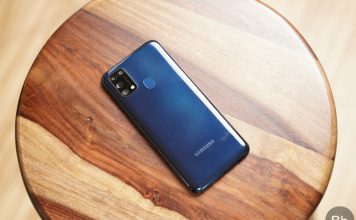 Samsung is reportedly prepping to launch a new camera-centric smartphone lineup in India. The Korean giant will make the devices available under a new...
Subin B - Sep 15, 2020 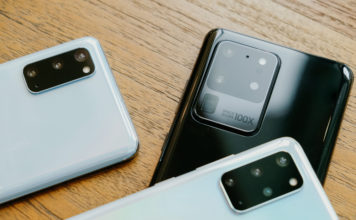 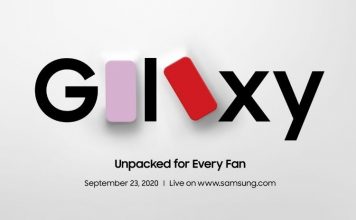 Samsung is not yet done with its Galaxy Unpacked launch series. It just recently took the wraps off the Galaxy Note 20 series and Galaxy...
Anmol Sachdeva - Sep 14, 2020 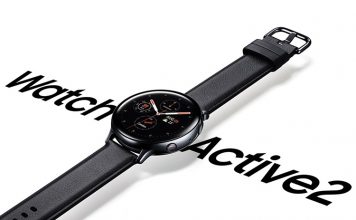 Samsung is rolling out a new update to Galaxy Watch Active 2, starting with the Bluetooth version of the smartwatch. The update brings some...
Subin B - Sep 10, 2020