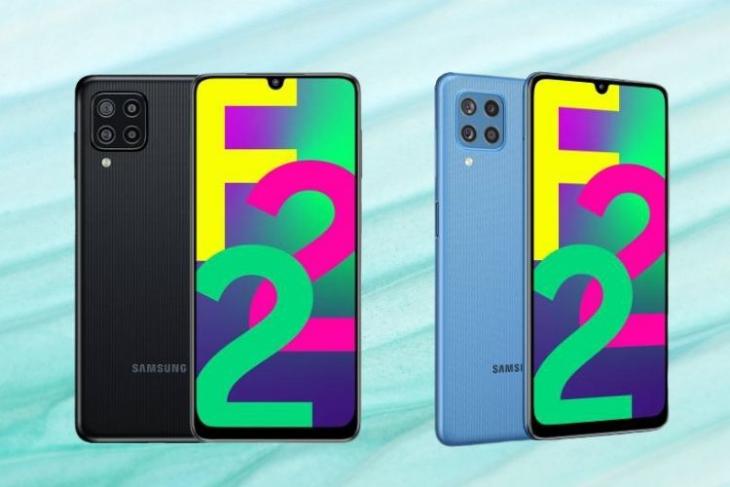 After launching the Galaxy M32 in India last month, Samsung has expanded its F-series in India by launching the Galaxy F22 today. The device comes with a 90Hz display, a massive battery, quad-cameras, and more. So, let’s take a look at the key specs and features of the new mid-ranger from Samsung.

Starting with the design, the Galaxy F22 looks similar to the Galaxy F12, which Samsung launched in India back in April this year. The device has a 6.4-inch HD+ AMOLED panel with a 90 refresh rate and a resolution of 1600 x 720p. It boasts Samsung’s Infinity-U design with a 13MP selfie camera housed in the U-shaped notch at the top.

Speaking of the cameras, the Galaxy F22 packs a quad-camera setup at the back. The cameras are housed inside a square module with the LED flash placed just below. The quad-cameras include a primary 48MP lens, an 8MP ultra-wide lens, a 2MP sensor for macro shots, and another 2MP lens for portrait mode. 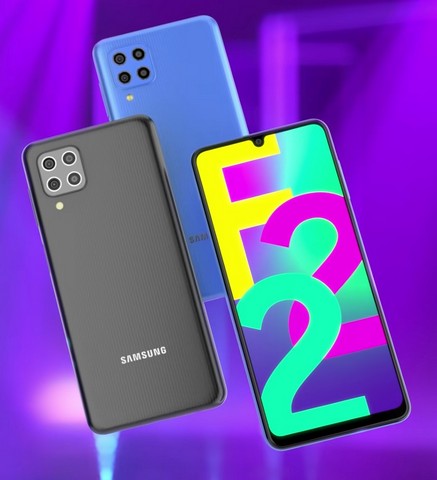 Under the hood, the device packs the Mediatek Helio G80 chipset with an integrated ARM Mali G52 GPU. This chipset also powers devices like the Poco M2 Reloaded and Micromax IN 1. It is paired with up to 6GB of RAM and up to 128GB of internal storage, which can be further expanded up to 1TB via a dedicated microSD slot.

Galaxy F22 also packs a massive 6,000mAh battery with support for 15W fast-charging. There is a USB-C port for charging and data transfer and a 3.5mm audio jack.

Other than these, the Galaxy F22 comes with Bluetooth 5.0, dual SIM support, and a side-mounted fingerprint sensor for biometric authentication and digital payments via Samsung Pay Mini. It runs OneUI 3.0 based on Android 11 out-of-the-box and comes in two color variants, namely Denim Blue and Denim Black.

The Samsung Galaxy F22 comes in two storage variants – a 4GB + 64GB model and a 6GB + 128GB model. The higher-end variant is priced at Rs 14,499, while the lower-end model comes for a price of Rs 12,499. The device is currently available to buy from Flipkart and Samsung’s official online store.