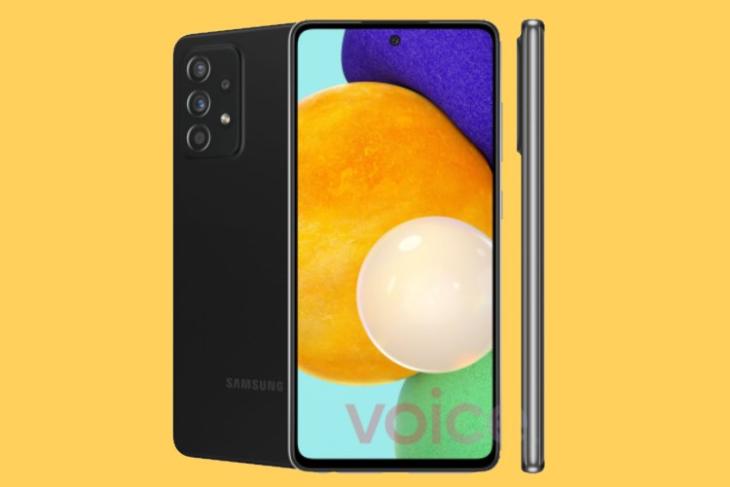 After launching Galaxy A32 4G and Galaxy A21s in India recently, Samsung is gearing up to further expand its A-series. The Korean giant will most likely launch two new smartphones – the Galaxy A52 and A72 at its Galaxy Awesome Unpacked event on March 17. Now, the prices of the devices have been leaked by a tipster.

Samsung Galaxy A52 and A72 Prices Leaked

According to a recent tweet by reliable tipster Ishan Agarwal, Samsung will launch two configurations for the Galaxy A52 and A72. One will be a 6GB + 128GB variant and the other one will be the 8GB + 128GB model.

Both come with a 90hz AMOLED Display & Snapdragon 720G. Galaxy A52 5G might not launch in India. Thoughts?#SamsungUnpacked pic.twitter.com/wkOIbQXwWC

Galaxy A52 and A72: Key Specs and Cameras

Now, with the prices of the devices out of the way, let us take a look at some of the key specs of these devices.

As per the tipster, both the A-series devices will come with a Super AMOLED display with a 90Hz refresh rate. Moreover, both the Galaxy A52 and A72 will pack the Snapdragon 720G chipset inside.

Coming to the cameras, the Galaxy A52 will reportedly pack a quad-camera module at the back. It will include a primary 64MP sensor. In addition, there will an 8MP secondary lens, a 5MP lens, and a customary 2MP depth sensor for the portrait shots.

The Galaxy A72, as per earlier reports, will be the first Samsung device to pack a penta-camera setup at the back. This means that the device will pack five rear cameras. This includes a 64MP primary lens, a 12MP ultra-wide lens, an 8MP telephoto lens with 3X optical zoom, a 5MP macro lens, and lastly, a 5MP depth sensor. Furthermore, another report suggests that Samsung will also bring Optical Image Stabilization (OIS) to the A-series with this smartphone.

Apart from this, there is no official information about the devices as of now. Samsung will launch both the Galaxy A52 and Galaxy A72 later this week. So, as the launch date nears, we might see some new details appear online soon.

Samsung Galaxy A52 and Galaxy A72 with 90Hz Display, Snapdragon 720G Launched