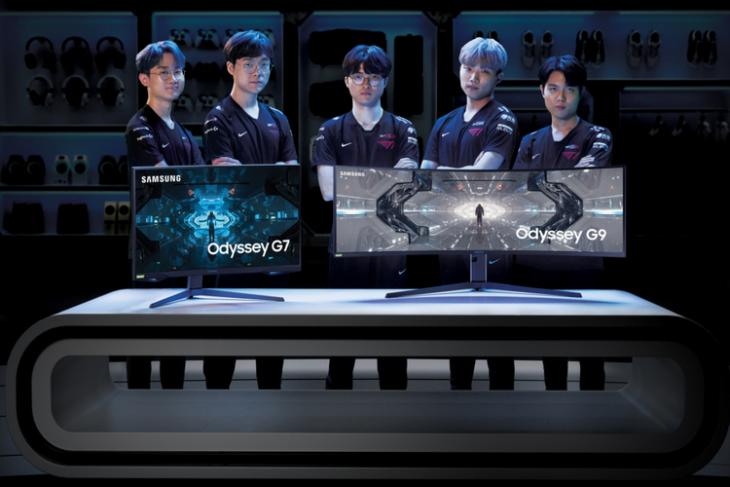 Samsung has announced an official sponsorship deal with global esports team and three-time League of Legends champion, T1 Entertainment & Sports (T1), to market its latest curved gaming monitors, the Odyssey G9 and G7. The Odyssey G9 and G7 were unveiled at CES 2020 earlier this year. As part of the deal, players at the T1 headquarters will practice using the QLED displays. These monitors come with 1000R curvature, 1ms response time and 240Hz refresh rate.

According to Samsung, the two parties are planning to roll out a series of joint promotional activities in the coming weeks. This includes a meet-and-greet event that will let T1 fans check out the two monitors in action. Moreover, the Odyssey G9 and G7 will be on display in the ‘Samsung Player Lounge’ at T1’s new headquarters. The monitors will be available for use to all T1 teams, players and content creators for increased performance, precision, and productivity.

In a press statement, Hyesung Ha, Senior Vice President of Visual Display Business at Samsung Electronics, said: “We are proud to partner with T1, the leader in professional esports, helping them in their continued success and global growth as official display partner. Our line-up of Odyssey monitors provides the latest in gaming monitor technology with lightning-fast speed, comfortable curvature and a sleek design, offering professional esports gamers the competitive edge they need to make every split second count”.

League of Legends guru and one of the most well-known players on Team T1, Lee Sang-hyeok, popularly known as ‘faker’, also expressed his satisfaction at the deal. In a statement, he said: “I look forward to practicing on the new Odyssey model once we move into our new T1 HQ”.