The Resident Evil franchise is one of the best-selling franchises in the gaming world, and their latest success story, Resident Evil 7: Biohazard has won accolades across the globe. While Capcom has been riding the highs of strong sales, a new game has been eagerly awaited by fans. And judging by a few changes on their social media channels, it just might happen soon.

Recently, Resident Evil’s official social media handles such as Facebook and Twitter changed the official profile picture/logo of their social feeds to a brand new logo. 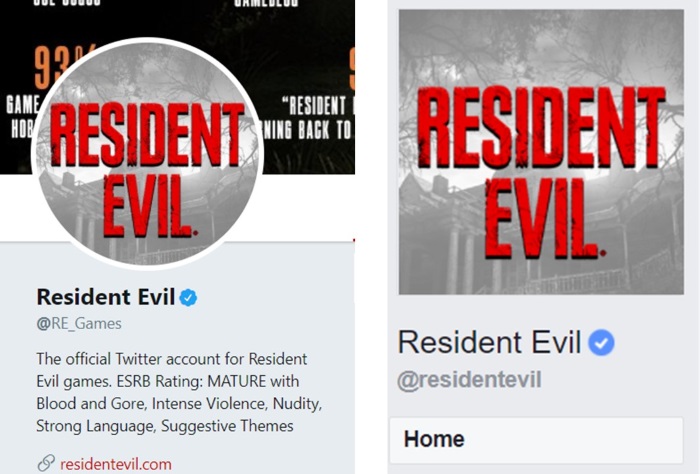 While the logo shown above might seem to be new at first glance, it’s actually the same font used in the first three iterations of the franchise. This change of the profile images did not go unnoticed, and gamers and fans of the franchise from around the world have started weighing in on what it teases.

Teaser For Something New, But What?

Changing social media logos and cover images indicates something new is coming. In this case, Capcom has changed the images to a logo that was previously present on Resident Evil 1, 2, and 3.

Longtime fans and keen readers might be able to recall that back in 2015, it was speculated that Capcom would be releasing a remake of the original Resident Evil 2. While the company did go silent on the topic, last year, Resident Evil 2 Remake producer Yoshiaki Hirabayashi tried to reassure fans by claiming that the highly anticipated game would be out “soon”, and is “expected” to release on the PS4 and Xbox One.

It seems as if the fans’ requests have finally paid off, with all these social media changes taking place in line with the original game approaching its 20-year anniversary. Resident Evil 2 was originally released on January 21, 1998, and if a remake of the original game is indeed coming, announcing it on the game’s anniversary would be a great idea.

At this point, this is all just speculation based on teasing change by the team behind Resident Evil’s social media accounts. There has been no official word regarding the release or even the announcement of the remasters, but it’s still got gamers dreaming of a remaster.

Resident Evil 7 Is Coming to the Nintendo Switch