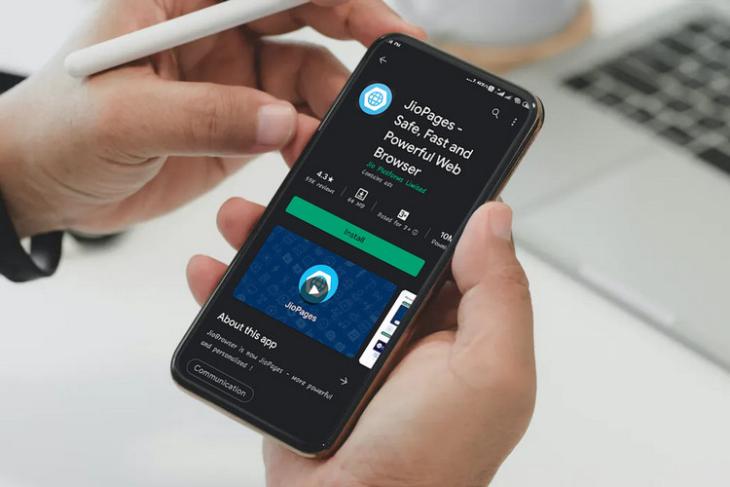 Released last month on Android, Reliance’s JioPages web-browser is getting a new update that brings three notable new features, including a new default search option, support for curated short videos within the app and a tweaked UI with new navigation buttons. The updates are available as part of JioPages v2.0.1 that is now live on the Google Play Store.

The most notable addition to the latest version of JioPages is the addition of the privacy-focused search engine, DuckDuckGo, as one of the default search options. The service, which is known for its single-minded focus on user privacy, has become a favorite of many internet users over the years and, is a welcome addition to JioPages.

The incoming update also adds a dedicated section for short videos of up to 30-seconds that Jio says will enable users to discover new content from across a host of different categories, including entertainment, technology, lifestyle, travel and more. While the feature might appeal to some users, others are expressing their annoyance at Reliance for adding what they see as bloatware.

The final notable new feature in the new update is a refreshed interface with the addition of new navigation and exit buttons. According to the company, the new UI will not only help users navigate within the app, but also exit it in one tap once they are done using the browser.