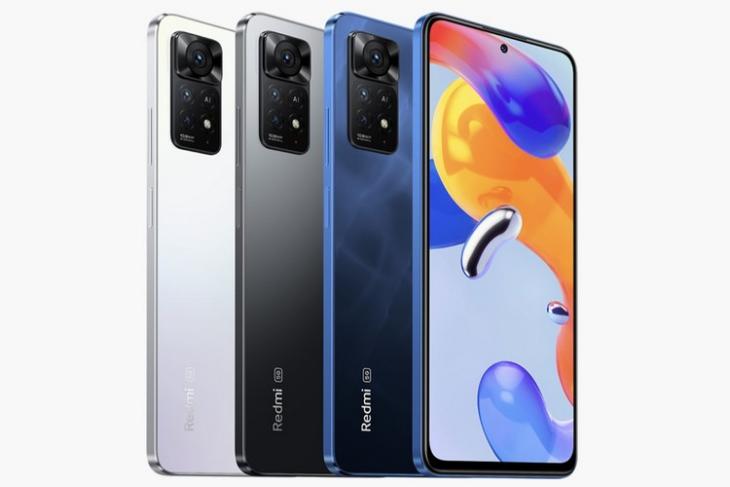 Manu Kumar Jain recently took to Twitter to share a short teaser video with the number “11” in the background and an emphasis on “Pro” in the word “Uproar” in the caption. This hints at the imminent arrival of the Redmi Note 11 Pro series in India.

Now, the Xiaomi executive did not reveal the exact launch date of the Redmi Note 11 Pro series in India in his tweet. However, 91Mobiles, in a recent report, stated that Xiaomi could launch the Redmi Note 11 Pro devices sometime between March 8 and March 10 in India. They are said to be available exclusively via Flipkart.

As for the cameras, Redmi Note 11 Pro includes a quad-camera setup at the back with a 108MP primary lens, an 8MP ultrawide lens, and a pair of 2MP sensors for macro and depth shots. The Redmi Note 11 Pro+ features triple rear cameras, including a 108MP primary camera, an 8MP ultra-wide lens, and a 2MP macro sensor. Both the devices will rock a 16MP punch-hole selfie snapper at the front.

Both the Redmi Note 11 Pro models are backed by a 5,000mAh battery with support for 67W fast charging. However, one of the major differences between the devices is that the higher-end model supports 5G connectivity, while the lower-end model only supports 4G networks. As for the price, they should start under Rs 20,000 and go up to Rs 25,000 in India.

So, are you excited about the Redmi Note 11 Pro series launch in India? Let us know your thoughts in the comments below.