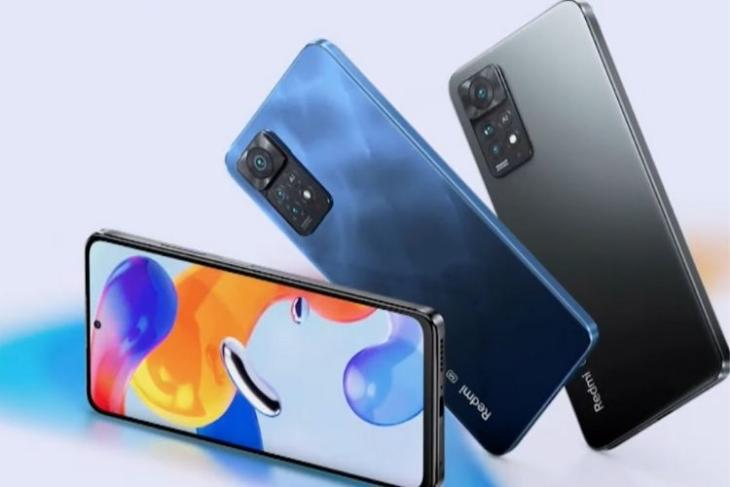 This is the rebranded version of the Redmi Note 11 Pro that was launched in global markets. It has a design similar to its Redmi Note 11 siblings in India, which the company calls Evol Pro Design. Hence, you get a rectangular camera hump in the top left corner, a punch-hole screen, and flat edges. It comes in Stealth Black, Phantom White, and Mirage Blue colorways.

The smartphone sports a 6.67-inch Super AMOLED display with support for a 120Hz refresh rate, 1200 nits of peak brightness, and a 360Hz touch sampling rate. It is powered by the Snapdragon 695 SoC, much like the Realme 9 Pro 5G. There’s support for up to 8GB of RAM (expandable by up to 3GB virtually) and 256GB of storage (expandable by up to 1TB via a microSD card).

The Redmi Note 11 Pro+ treats the camera department as one of its highlights and includes the 108MP camera stamp, much like the Redmi Note 10 series. That is coupled with an 8MP ultra-wide lens, a 2MP macro camera, and a 2MP depth sensor. Upfront, there is a 16MP selfie shooter. There are a slew 0f camera features to try out such as the Portrait mode, Night mode 2.0, Pro time-lapse, and loads more.

The device is backed by a 5,000mAh battery with support for 67W fast charging, a first for a Redmi phone. The device comes with an in-box 67W charger, which is worth Rs 1,999. It runs MIUI 13 based on Android 11. You can check our hands-on YouTube video for the Redmi Note 11 Pro+ right here:

The Redmi Note 11 Pro is similar to the Note 11 Pro+ model in terms of the design and most hardware specs, but there are minor changes in some departments. As for the similarities, it boasts the same Evol Pro Design with three color options, namely Star Blue, Stealth Black, and Phantom Blue.

It also has the same 6.67-inch Super AMOLED display with a 120Hz refresh rate (the peak brightness and touch sampling rate are the same), support for 67W Turbo Charge fast charging with a 5,000mAh battery, and 108MP quad rear cameras. The front snapper is the same as the Note 11 Pro+.

One crucial change is that the Redmi Note 11 Pro only supports 4G connectivity. Also, it is powered by a different chipset, which is the MediaTek Helio G96. It supports up to 8GB of RAM and 128GB of internal storage. The phone further allows for RAM expansion (by up to 3GB) and storage expansion too. Other details such as dual stereo speakers, LiquidCool technology, IR Blaster, a 3.5mm audio jack, IP53 splash-resistance, and more.

With the specifications out of the way, check out the India price and availability details for all the configurations of the Redmi Note 11 Pro and Note 11 Pro+ smartphones right here:

The Xiaomi Redmi Note 11 Pro+ can be purchased at a discount of Rs 1,000 on the use of HDFC Bank cards.

The Xiaomi Redmi Note 11 Pro+ will be available to buy on March 15, while the Redmi Note 11 Pro will go on sale starting from March 23 via Amazon India, Mi.com, and offline retail stores. The company also has the Redmi Royalty Program for existing Redmi users to get an additional royalty bonus of Rs 2,000 on the exchange of their old Redmi Note devices.