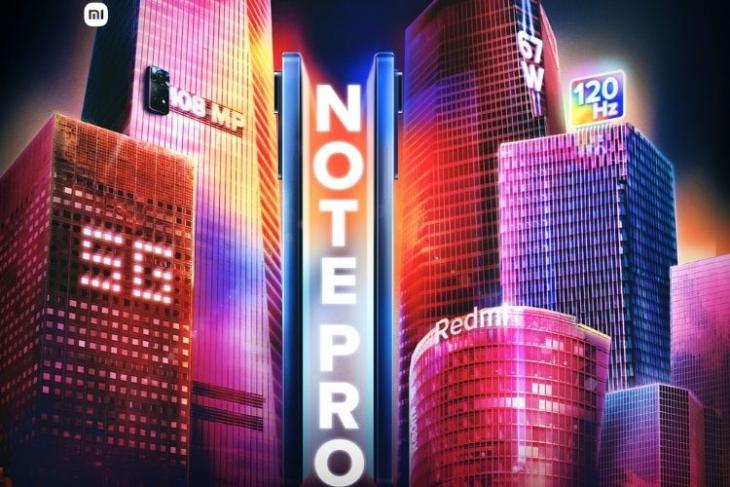 Xiaomi has revealed that it launch these two new phones, i.e the Redmi Note 11 Pro and Redmi Note 11 Pro+ 5G, in India via a virtual event on 9th March at 12 pm. This “Mega” launch event will be livestreamed on the company’s YouTube and other social media platforms.

Apart from revealing the launch date, Xiaomi has confirmed a few details about the upcoming phones. That includes support for 108MP cameras, 67W fast charging, a 120Hz display, and 5G support (of course).

Considering that Xiaomi has confirmed a few details for the Indian variant of the Redmi Note 11 Pro series that match the global ones, we can expect other specs to be the same too.

Hence, both the Redmi Note 11 Pro and the Note 11 Pro+ 5G are expected to come with a 6.7-inch AMOLED display with support for a 120Hz refresh rate. While the Note 11 Pro will be powered by a MediaTek Helio G96 (much like the recently launched Realme Narzo 50), the Pro Plus model will get a Qualcomm Snapdragon 695 chipset under the hood, like the Realme 9 Pro 5G. Both are likely to have up to 8GB of RAM and 128GB of storage.

To know the confirmed details about the Redmi Note 11 Pro series in India, you need to wait until the March 9 launch date. S0 stay tuned for all the updates.