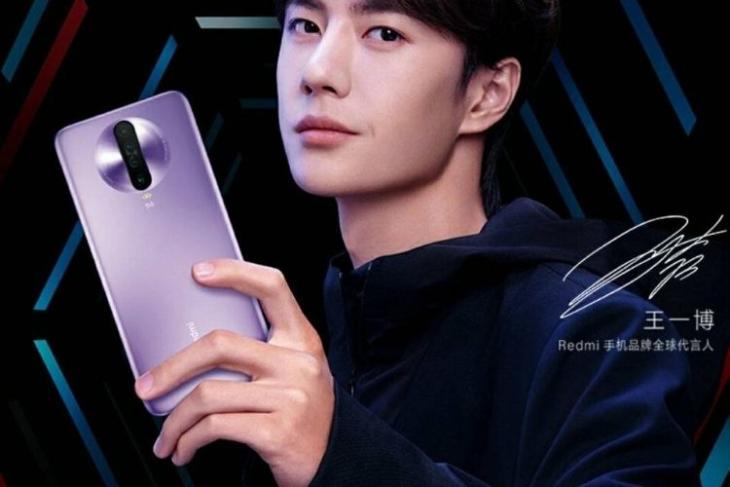 As expected, Redmi started teasing the Redmi K30 on Monday. It revealed both the front and rear panel design of the upcoming smartphone yesterday. But, the Chinese giant has today revealed that the Redmi K30 will be backed by the next-gen Qualcomm chipset (as per the translation from the poster attached below). It will likely be the long-rumored Snapdragon 735 chipset, with dual-mode 5G support (with both standalone and non-standalone network) in tow.

Redmi’s first 5G phone, the Redmi K30, launches in about a week. The budget-focused Xiaomi spin-off company has already confirmed that Redmi K30 will have a punch-hole display, similar to the Galaxy S10 Plus, and dual-mode 5G support. However, we have gotten a look at the device’s unique design, thanks to alleged official posters that have surfaced online.

We had been waiting with bated breath to get a look at the Redmi K30’s design. And we have now got our first look at this unique design, seen in the poster attached below. The company seems to have taken inspiration from Huawei Mate 30 Pro and amalgamated it with the Redmi Note 8 Pro. 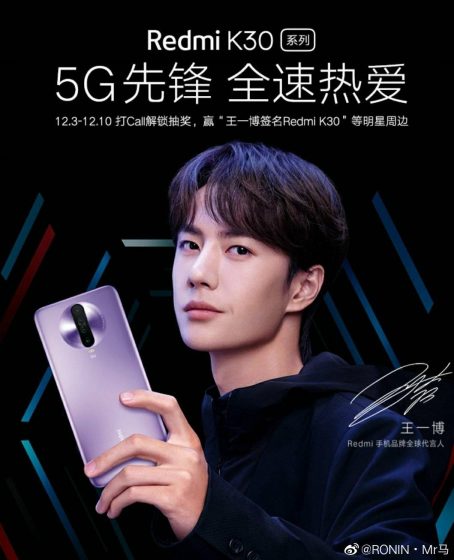 The poster reveals that Redmi K30 will sport a gradient rear panel with a vertical quad-camera system. But what should instantly catch your eye is the circular design around K30’s cameras, which has a concentric pattern inside. It will reflect light and help draw attention towards the cameras – but we will need to see the cases Redmi makes for its first-ever 5G phone. You can spot the 5G logo under the flash.

In addition, the poster also confirms that Redmi K30 will have a lavender (purple) color variant – in line with previous leaks. Another alleged official Redmi K30 poster has today given us a close look at the front of the device. It’s exactly similar to the leaked renders and boasts a dual-camera punch-hole at the top right. The bezels are pretty slim but we still need to wait for an official word on a 3D curved display – much like the Mi Note 10. 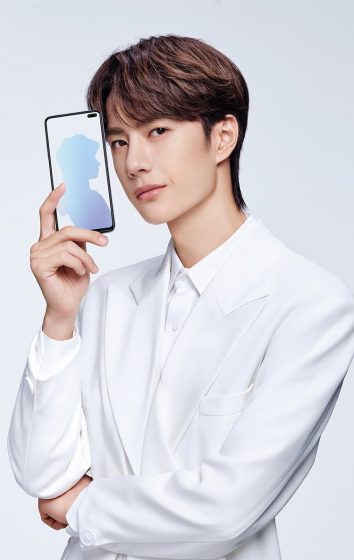 Looking past the design, Redmi K30 is rumored to feature a 6.66-inch Full-HD+ display with a 120Hz refresh rate and 2400×1080 pixel resolution. It will most likely be powered by the unannounced Snapdragon 735 chipset, with 5G support, which could be unveiled tomorrow. But, the rumors mill is also chatting up the possibility of Redmi K30 being powered by the MediaTek Dimensity 1000 5G chipset.

In the camera department, Redmi has already teased that Redmi K30 will feature the “world’s first high-resolution image sensor.” And it’s likely to be the Sony 60MP IMX686 image sensor that was teased a few weeks ago. We currently have no info on additional sensors onboard, but the official confirmation is not far away. Redmi will also unveil 4G variants of the Redmi K30 series, rumored to be powered by the Snapdragon 730G, for select international markets