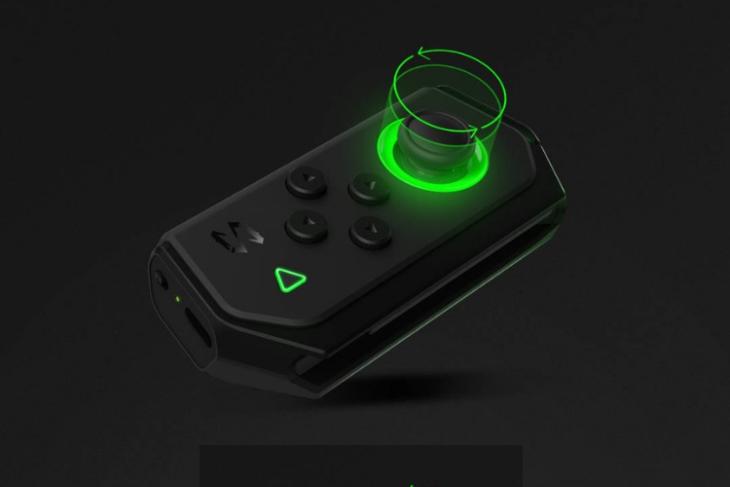 Xiaomi’s budget-centric sub-brand Redmi first announced the Redmi K20 and K20 Pro in China a couple of months ago. It has since found its way to India, but what most Redmi fans might not know is that Redmi K20 series supports Black Shark game controllers as well.

Yes, Redmi announced that it will soon start selling a game controller for the Redmi K20 series at the China launch event. And it is today, the day when China Joy Expo kicks off, Redmi has launched a customized game controller for its newest smartphone lineup.

This game controller is the same one that the Xiaomi-funded gaming phone giant Black Shark launched alongside the Black Shark 2. It will attach to the left of your Redmi K20, offering a joystick, D-pad, and a couple of buttons (LT and LB) you can map to scope or firing. You also get a quick connect key, signature green-colored Bluetooth indicator, and multi-purpose function button next to the Black Shark logo. 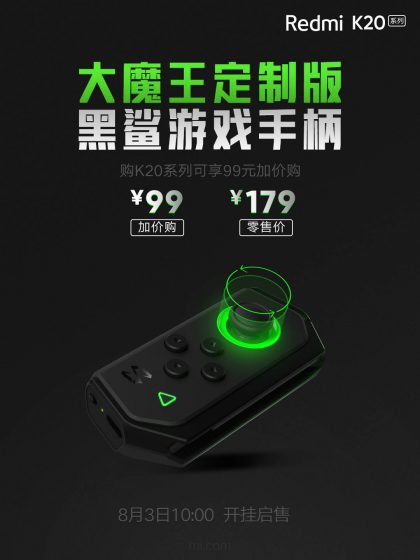 This game controller will require a custom case too, where you will need to slide in and snap the controller before landing in a PUBG Mobile game. It supports Bluetooth 4.2 for connectivity. It packs a 340mAh battery, which charges quickly and should last up to 40 hours of gameplay.

As Redmi points out in the poster above, this game controller retails at 179 yuan (roughly Rs. 1800). But, Redmi K20 and K20 Pro users can get it for a discounted price of 99 yuan (roughly Rs 1000). It goes on sale in China tomorrow, i.e August 3 at 10:00 am. There’s currently no word on how long the discount will run, but we hope Redmi launches the controller in India too. Wouldn’t you like that? Tell us down in the comments section.